What a cute picture. Olivia Culpo and the GOAT of white running backs Christian McCaffery are seen here eating Chick Fil-A (have to admit I like Chick Fil-A but slightly a bit overrated, yes it’s good but not great). But I’ll leave the Chick Fil-A discussion for another day.

You had me at fried chicken sandwich ???

Christian’s mother Lisa jumped in and commented on the photo:

Yeah sorry. Olivia Culpo is a liar. Not that I think she should be a virgin.. I don’t care but, using some of my journalistic skills (google) I was able to find the time her ex-boyfriend Danny Amendola wrote the world’s longest Instagram caption after their public breakup and said “The Sex was fucking crazy too” 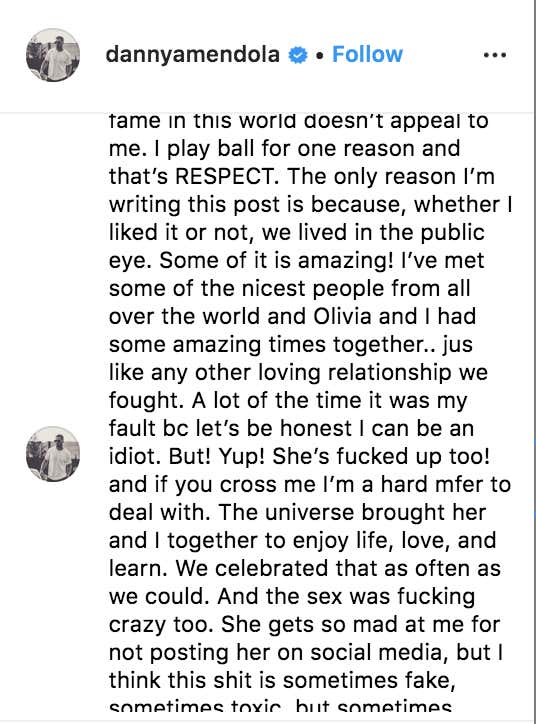 So yeah your ex doesn’t just post about crazy sex if there was no crazy sex. Sorry. That’s the evidence. There you have it she was lying. And now more importantly here’s some photos of her to prove there would be no way that Christian could remain a virgin. There’s just no way.

This robe is the most extra thing I’ve put my hands on but I’m here for it! ? @tamararalph @michaelrusso1 @ralphandrusso

Self isolation prom with our quarantine crew. You have to try this at home if you’re quarantined w a group and your gf/bf/boo thang. We just moved the furniture and put up any random decorations we could find. If you don’t have a big group it’s still fun to dress up for a date night.. shout out to prom queen @lisamccaffrey thanks for this idea and your killer dance moves?

Anyone else out there in desperate need of a fresh hair cut??? Exciting/scary news!!: tomorrow at 4 PM PST @jenatkinhair is walking me through a haircut via IG LIVE. I’m going to be cutting @milagretzky hair while Jen provides step by step instructions. Let’s gooooo! ?????