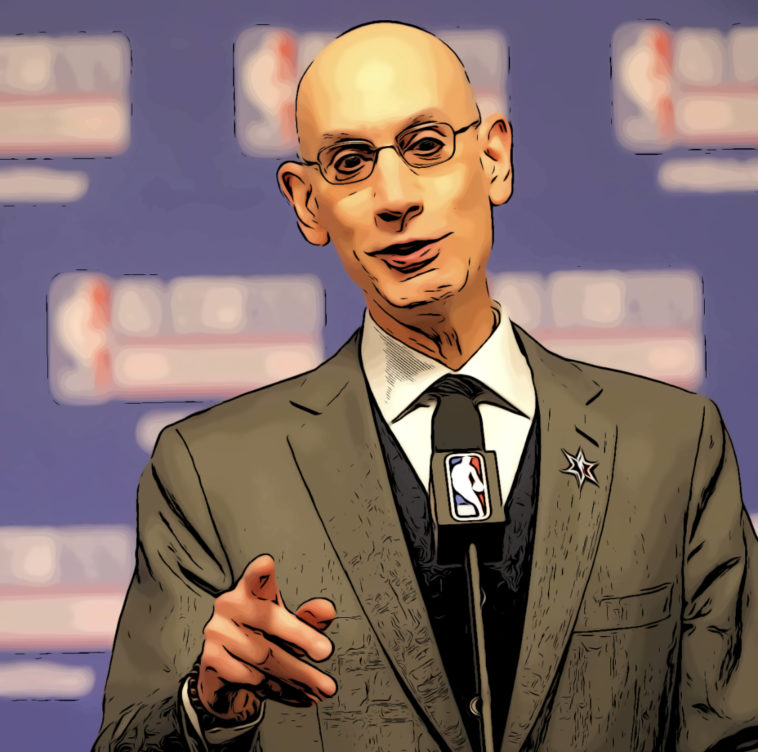 Look, there is nothing more I want than the NBA season to return and get me some more sports. I am watching every soccer league, keeping my eye out on baseball returning to camp, and I am thoroughly excited to watch sports. But as I’ve been saying over and over again.. the NBA’s plan seems ambitious at best and I don’t think it’s going to happen and if it happens I don’t think it’ll finish.

Adam Silver concedes NBA might ultimately stop season again if "we have significant spread of coronavirus throughout the community." Expressed concern with rising cases in Florida, elsewhere.

Time will tell of course, but he has certainly tried. Seems to me they need to get everyone in the bubble now, isolate those with positive on the grounds and move forward. Adam Silver: On track but coronavirus spread may stop NBA – via @ESPN App https://t.co/DDw1mzpaLk

Also Adam Silver says he won’t be in the bubble the whole time and instead come in and out.

NBA Commissioner Adam Silver is doing a Time 100 talk today and said again that if conditions in the bubble get bad, the NBA will stop. "If cases are isolated, that's one thing. .. But if we had a lot of cases, we're going to stop."

He also says he won't be there the whole time.

Oh really now? So here’s the thing. I have consistently said and will continue to say that Adam Silver is the most overrated commissioner in all of sports. He’s not bad. He just gets too much credit for being good. And this is another case of it. Imagine having to stop in the middle of the bubble, and what kind of bubble is it if your leadership is coming in and out? Makes no sense to me. But I hope this NBA season resumes.