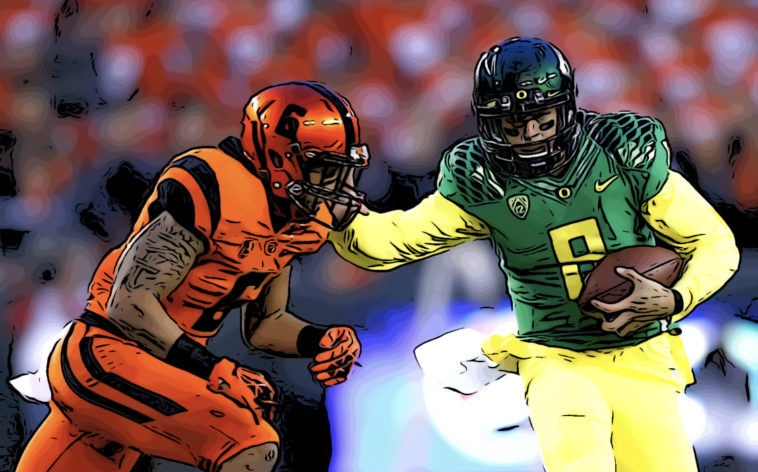 Today the Oregon Ducks and Oregon State Beavers announced that they will no longer be playing their rivalry game under the name that we’ve all been accustomed to for decades “The Civil War”. This decision stems from conversations with the university officials and input from current and former student athletes.

Oregon and Oregon State will no longer use the term "Civil War" to promote athletic events.

Here is the release from Oregon State: pic.twitter.com/QzpKHNDK6w

All right, let’s try to tip-toe this line as best as I possibly can. As those who are familiar with me know I am not into cancel culture and renaming everything. Not once, did I watch Oregon and Oregon State play and thought to myself man the Ducks and Beavers are promoting the American Civil War and promoting racism. Not once did I think that it was a high endorsement of the American Civil War. I have the nuance to understand that they are talking about playing a game to “win Oregon”. But at the same time I completely understand if athletes ACTUALLY feel uncomfortable with the name it’s worth the discussion. I just don’t feel like we have to cancel and rename everything under the sun. We can have some nuance in life, it’s alright to have nuance I promise. And with nuance comes the ability to listen. I would love to hear the side of why the name “Civil War” needs to be changed.