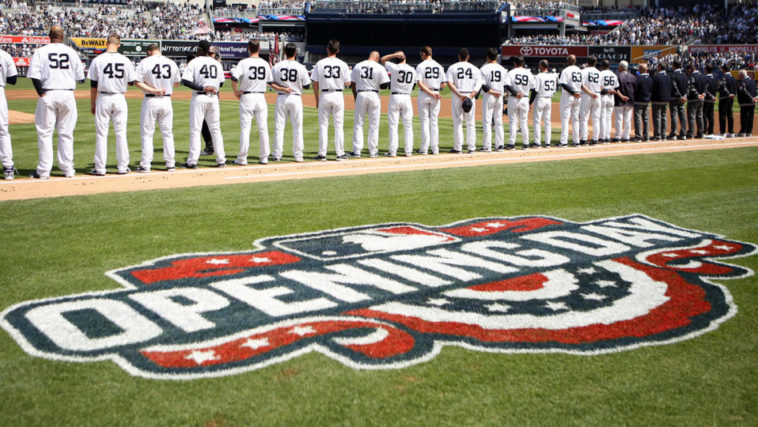 And just like that, after 100+ days of pandemic, quarantine, soul-sucking labor negotiations, and the dark sports-less void of the COVID-19 world, the words rang down like a God-send: Baseball Is Back.  At long last, #WhenAndWhere has a when and a where, and America’s pasttime is on it’s way to playing real, tangible games.  While the 2005 World Series season re-runs have been fun and all, live sports will certainly be better.

#MLB and the #MLBPA continue to exchange ideas with the health and safety protocols. There are no major snags. The union already informed MLB that it plans to play, and be in spring training camps by July 1 with a 60-game season starting July 24-26 weekend.

While there are certainly major, major concerns and trepidations I have on the return to play, I’ll look at the plan first with rose colored glasses to at least give the lowdown.

While some details are still likely still being hammered out, we at least know most of the major agreed-upon framework for the 2020 MLB Season thanks in large part to Bob Nightengale’s twitter feed.

Per Bob Nightengale, the season will be a 60 game regular season, with 40 games being against division opponents, and the remaining 20 being against the 5 times in the other league’s same directional division.  This is with the exception of a few local rivalries, including our own Crosstown Cup or Series or whatever it’s called these days:

So even with a 60-game schedule, the natural interleague rivals will still play one another six times apiece. #Yankees–#Mets; #WhiteSox–#Cubs; #Angels–#Dodgers; #Athletics–#SFGiants.

The season itself will begin on July 24, and then will wrap up on September 27 before playoffs begin.  Games will be played at home fields.

Additionally, the biggest change to the rule book will be the addition of the DH in the NL.  While possibly not gone forever, there will be no pitchers hitting in 2020.  Even wackier, in order to help limit extra inning marathons, extra innings will start with a runner on second.

All extra-inning games will start with a runner on second base beginning in the 10th.

Overall, these should both be interesting additions to the game.  Obviously, I’m a big fan of the universal DH (as everyone should be), but I do find the runner on second to be somethign worth trying.  Although, it would be more cool to follow the World Wiffleball rules and go runner on third, two outs.  Maybe next year…

As a White Sox fan first and foremost, I’m looking at this return to play through that lens.  This is going to be one hell of a fun season, with a young core being reinforced by the likes of Yasmani Grandal, Dallas Keuchel, and Edwin Encarnacion.  Despite all the rampant Hahnsight is 2020 jokes, this truly was meant to be the year, so getting baseball back is huge.

In the scope of the 60 game season, I do think the Sox will benefit from this structure.  I wrote about this in more detail when the regional plan was still being floated around back in April, but here were some of my main reasons for liking how a shortened season would benefit the White Sox:

Not to mention, getting to play 20 games against the Royals and Tigers is a nice bonus, too.

Overall, this is shaping up to be a fun season on the South Side, where expectations finally gets to meet results on the field.  That is, if there’s a full season.

Did I just say if?

I am, of course, through the roof excited about the prospect of baseball coming back this year.  Like I said, 2020 has been the season that was promised as the return to competition for the White Sox, and an offseason filled with big moves in free agency only added fuel to that fire.  I was never more excited for a season of baseball in my life, and a lot of that excitement still remains. 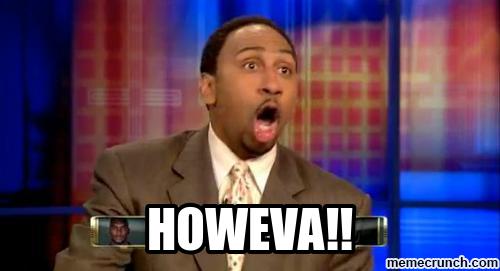 Lest we forget after all the back and forth, posturing, riding the wave from “unequivocally, there will be baseball in 2020” to no baseball back to WE’RE BACK in about two weeks, there is still a damn pandemic going on that HAS NOT CHANGED.  The Rockies made sure to remind us of that almost immediately after the joyous news broke.

This comes after a wave of outbreaks at team facilities in Florida (Blue Jays, Phillies, looking at you) just this week, leading to shut downs.  With no vaccine in place until at LEAST late 2020, there really isn’t a meaningful way to control the spread of COVID-19 while playing, and the league is clearly factoring that into some of these rules.  For example…

All clubs are required to stagger the arrival times of their players to avoid everyone arriving at once.

MLB has the right to relocate teams during the regular season to neutral sites for health and safety reasons, including the postseason

Players will be prohibited from arriving more than 5 hours before game time, and staying longer than 90 minutes after a game

Reporters need to hurry up, too. They must leave the ballpark within one hour upon conclusion of postgame interviews.

First and foremost, it’s great MLB is taking this seriously and implementing precautions.  However, at a certain point you have to look at yourself and ask “What are we doing here?”  These are all well and good, but when it boils down to it, as soon as someone catches this thing it’s going to spread.  There’s no effective way to completely prevent the spread, so unless the protocol is “pull a player who tests positive, replace him with a taxi squad player for 2 weeks, and play on”, this won’t work.

Hell, if you’re going to quarantine players who had contact or proximity to anyone who tests positive, this whole thing is gonna be shut down in a week.  Forget about playoffs, expanded or not.  We’re already seeing it and players aren’t even fully back yet!  How can the sport handle teams shutting down during the season?  Logistically, this is looking like a nightmare.

Say whatever you want about it not being serious for high-level athletes, the more cases there are the more damage that will be done. There are some cases of young, healthy people dying from COVID.  Rare, yes, but entirely possible.

Not only that, but there’s support staff, coaches, and players’ families to consider.

The health and protocol agreement also allows all players_high-risk or not_to opt out for the season. However, those players who aren't high-risk, or living with a high-risk person or pregnant spouse, would not be paid.

Players in these situations are going to do what’s best for them, and I cannot blame them.  Especially if you’re locked in for $30MM+ over the next decade, like Mike Trout or Gerrit Cole, why the hell would you risk it for 60 games?

As a fan, I do (selfishly) want baseball.  Of course I do.  But, it needs to be in a scenario that makes sense.  I’m hoping for the best here, that MLB and the players can pull this off.  I hope with all my heart that happens, and we get to see a World Series trophy lifted by Ricky Renteria in late October.  I’m just going to hold my breath until actual games are being played, and then some.

In the current world, COVID-19 is here to stay, and until we have a vaccine it’s going to run its course.  Despite all my hope, I’m struggling to see how this works.  Play Ball?