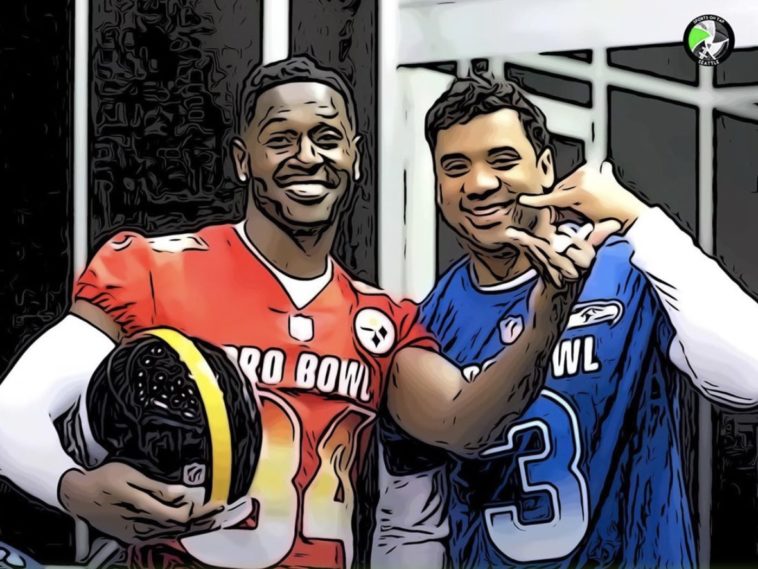 While Antonio Brown has had his fair share of issues in the NFL and off the field over the past year, it’s hard to deny he is one of the best we’ve ever seen at the wide receiver position. Despite only playing one game last year, he was able to catch a touchdown from Tom Brady with the New England Patriots. He was cut before the next game due to legal issues off the field. Do you think the Seahawks or Ravens should risk it?

Per NFL.com – NFL Network’s Mike Silver reported Tuesday on NFL NOW that the Seattle Seahawks and Baltimore Ravens are having internal discussions about potentially bringing in the former All-Pro wideout.

“Teams are sniffing around,” Silver said. “I would keep an eye on the Seattle Seahawks. Antonio Brown has been doing some offseason workouts with their backup quarterback Geno Smith. They are absolutely interested in having him potentially as a late-season addition … assuming there is a suspension. And the Baltimore Ravens — his cousin Marquise Brown is on that team — they have sniffed around in the past. They are mulling that over too. So internal discussions in both of those organizations. Keep an eye on Seattle and Baltimore.”