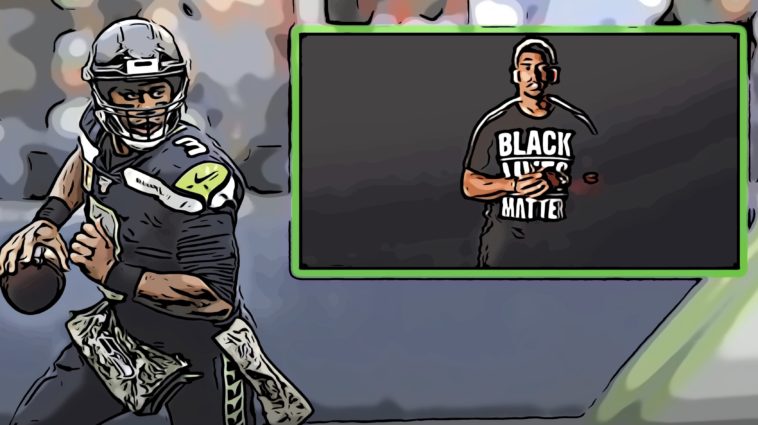 In a time where social justice reform is at the forefront of various other global issues, it is important for athletes to use their audience to share their opinions and inform their fans about the prevalence and of racism not only in the United States, but around the world as well.

During the ESPY Awards this past Sunday, hosted by Russell Wilson, Megan Rapinoe and Sue Bird, the hosts took time to open the show with a powerful message regarding the Black Lives Matter movement, calling for unity against racial injustice.

Wilson began the message with various names of African American athletes who have stood up for oppression, including Jackie Robinson, Bill Russell, Mohammed Ali and Serena Williams.

Jackie Robinson became the first African American man to play Major League Baseball at a time when segregation was still legal. Bill Russell became the first African American coach in the NBA and was also awarded the Presidential Medal of Freedom for his accomplishments during the civil rights movement. Mohammed Ali went against the grain and stood for the Freedom Movement, which at the time was an unpopular position to take. Finally, Serena Williams said, “the day I stop fighting for equality will be the day I am in my grave.”

All four of these athletes chose to use their platform to speak towards what they believed in, no matter what the consequences might have been.

Wilson then went on to mention the names of various African Americans who have recently been unlawfully killed in America, including George Floyd, Ahmaud Arbery and Breonna Taylor.

“Our country’s work is not anywhere close to done,” said Wilson. “We need justice, we need true leadership, we need a change, and we need it now”

“I pray for a world where I don’t have to fear for my children due to systemic racism from hundreds of years of oppression. The only thing that must die is racism. Black lives matter, so where do we go from here?”

The introduction then shifted to words from Megan Rapinoe and Sue Bird, comparing previous civil rights movements to the Black Lives Matter movement today, saying that the only difference is that this time “We need to have their backs.”

The quote that stuck with me the most in the video came from Sue Bird, “Trust us, we know that sports are important. It’s why we’re gathered here tonight, but do black lives matter to you when they’re not throwing touchdowns, grabbing rebounds, or serving aces? If that was uncomfortable to hear, good. I used to shy away from moments like this because it’s convenient to be quiet and to be thought of as safe and polite.”

Wilson, Rapinoe and Bird challenge us to strive for a world where Black lives are valued, where we work as one to strive for equality and to learn from our previous mistakes to make the world a better place for everyone.