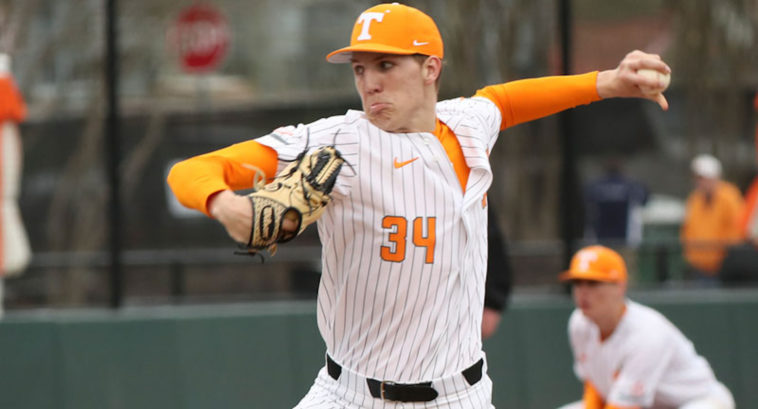 Not even two weeks from the 2020 MLB Draft, the nonexistent “will he or won’t he sign” drama surrounding the White Sox first round selection of Garrett Crochet is over.  Last night, it was announced by the team that Crochet, the 11th overall pick, agreed to a contract with a $4,547,500 signing bonus, becoming the third member of the White Sox 2020 MLB Draft class to sign with the team.

Unlike the previous two signees (more on that later), Crochet received the full slot value for the 11th overall pick at $4.55MM.

The White Sox announce they have signed first round pick Garrett Crochet to a minor-league contract with a $4,547,500-million signing bonus, which was the assigned slot value for the 11th overall pick.

While there can always be some question marks around whether a first round pick will sign or not, especially with an underclassman, Crochet eventually joining the White Sox system appeared to be a foregone conclusion.  Just last week, Crochet seemed to pull one from the “I’m going to sign myself” Jose Abreu playbook, all but saying he was waiting for the ink to dry on his contract.

Garrett Crochet, the No. 11 pick in the 2020 Draft, is scheduled to be in Chicago this week for his physical with the Sox. From Crochet: "After we get the contract all buttoned up, I should be signing. Yeah, it’s not completely official, but should be here in a few days’ time."

Overall, my thoughts on the pick have not changed much since the draft.  I wrote then and will write now, this is a pick that is strategic for the now with a possibility for massive payoff in the future.  Everyone talks about Crochet’s ceiling, which is certainly a big part of why he went 11 overall despite his limited track record of in-game production.  He was able to complete revamp himself in college, developing arguably the top fastball in the 2020 MLB Draft, a devastating pitch that can hit 100 mph.  .

One player that the Red Sox have been tied to in a lot of mock drafts is Garrett Crochet.

– No. 3 prospect among left handers.
– Can throw 100 miles per hour.
– Picked as the college pitcher with the best fastball in the draft. pic.twitter.com/qnMHraSe0C

To pair with the dominant fastball, Crochet has developed a high-grade slider, something that at least gives him a high-quality second pitch to turn to get outs.

BA’s new mock has the Giants with LHP Garrett Crochet (21.0Y, 6’5” 210) out of Tennessee. Delayed as full time starter as a junior due to shoulder soreness. 96-100 FB, plus slider, okay CH, decent control. Lack of track record. https://t.co/HrFCy54rAB pic.twitter.com/VynamDcz8a

On top of that, his 6’6″ frame is something you can’t teach.  The word that keeps getting thrown around is “projectable”, meaning you can see him developing further into his body.  If that happens and he can continue to put it together, watch out.  I really don’t want to keep doing the whole Chris Sale thing, but physically it’s a somewhat easy connection to make.  To put it simply, this pick is really aimed at what Crochet could be based on his build and tools, yet what he is right now can hopefully translate to a plus bullpen arm, at worst.

Of course, this selection being at full slot only furthers the point that this is a two man draft class for the White Sox.  As of this writing, Crochet has signed for his full value, while third rounder Adisyn Coffey and fourth rounder Kade Mechals have (unsurprisingly) signed for far below their respective slot values.

Reaping savings of about $1.19MM with underslot deals in the third and fourth rounds is a clear sign of what the Sox are doing here.  These cheap deals leave the team with ample firepower to sign second rounder Jared Kelley to about as much money as is possible.  This figure will certainly approach $3MM, nearly double that $1.58MM second round slot value.  While the signing of Crochet is nice and expected, this draft class will settle perfectly once Kelley has signed.  No matter how they can get that done (and with all due respect to Bailey Horn), once the ink is dry on Kelley’s contract the Sox will wrap up one hell of a draft class in an unprecedented draft format.

This signing is still good to get out of the way and sorted out early, cutting out drama that has seemingly been creeping in on every other aspect of the sport in recent days.  While there’s hope of actual, safe baseball to be played in 2020, here’s to looking forward to seeing Garrett Crochet on the South Side soon enough.  For now, he’s officially on his way.

I’m thrilled to officially be a member of the White Sox organization. I want to thank my family, friends, teammates and present past coaches but especially thankful for Coach Vitello and Coach Anderson who took a chance on me when not many others would. Can’t wait to get started. pic.twitter.com/epfFPYyiAh