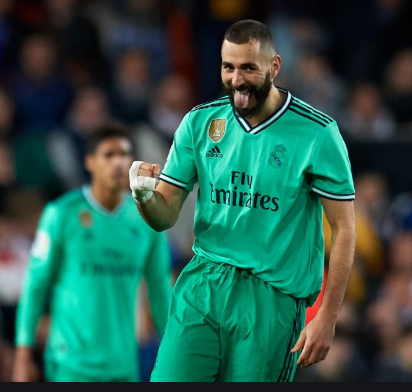 Real Madrid regained the top spot in La Liga with a controversial 2-1 victory over Real Sociedad.  The first half was absent of any real action or threats on goal from either side.  Madrid went 1-0 up from a Sergio Ramos penalty (earned by the run of Vinicius Jr.).  Sociedad then had a goal called off by VAR and then minutes later Madrid had a goal upheld by VAR.  Ultimately, Sociedad could not come back form the 0-2 whole and Madrid was able to squeeze out a 1-2 victory.  Madrid is now tied on points with Barcelona but lead based on head to head results.  Madrid now controls their own destiny in the title race.  Madrid will host Mallorca on Wednesday.

Was not asked to do much this game.  Was beaten on the goal that was disallowed, and cannot be blamed for the lone Sociedad goal.  Still the world class keeper Madrid needs to win the title.

Marcelo continues to impress and provides consistent options going forward.  Dealt with a lot of speed in defense and seemed to fair well enough.  You still have to think Mendy is top choice given his superior defensive attributes.

Another great defensive performance.  Became La Liga’s all time leading defenseman by scoring from the spot.  His knee injury is a concern and hopefully is no more than a bad bruise.

Dani is perhaps the most underrated player on the squad.  Continues to provide world class defense and lately has provided phenomenal balls into the box.

Valverde seemed to fair better than previous game, since he wasn’t limited to the right side in attack.  Fede flourishes when given more room to roam and then push hard to attack.

Solid solid solid.  The defensive anchor.  Madrid would be lost without him.  Will miss the next game due yellow, but luckily is against Mallorca.

His pace is frightening to any defender.  Offers something unique and different to the rest of the Madrid team.  His runs create danger, even if his final ball is still not perfect.  His run created a penalty for the first goal.  His teammates continue to look for him on the left side.

James showed no confidence and looked poor.  Perhaps a few more starts in a row would do him good and allow him to reach his potential.  This, however, seems unlikely.  He should continue to get the rare start unless injuries provide new opportunities.

Scored the winner, although it likely should have been ruled off by VAR.  Benzema continues to be vital to the team.  It will be hard to rest the Frenchman for any game.  You could tell he missed the Hazard connection today, but he continues to be clinical in his finishing is world class.