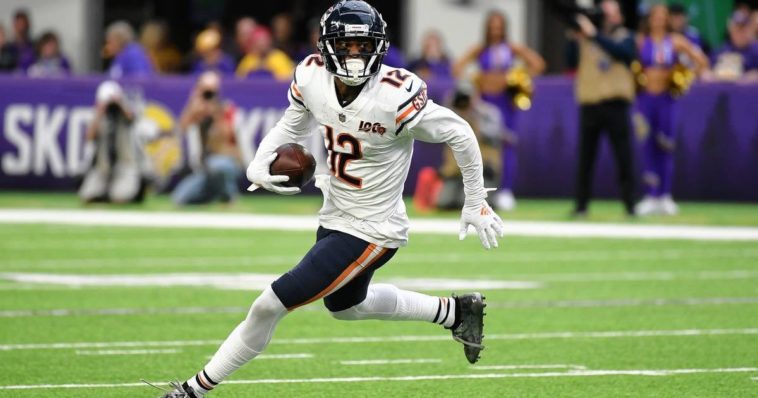 Allen Robinson is one of those guys that you either love to watch or just like him enough to respect his game. He isn’t one of the premier wide receivers that’s always talked about in the media, he won’t create drama just to add attention to his name and he doesn’t even talk about himself when being interviewed. Allen Robinson is the ultimate team player who not only is all for his team, but will go out on the field each and every game and go 110% for his teammates. Whether he puts up WR1 numbers in fantasy or not is a different question.

There is no doubt in my mind that Allen Robinson can be a top receiver in the NFL this year, but obviously there are so many factors that need to fall into place for this to happen. First, a top receiver in the league is a top receiver in the league for a huge reason, their QB. Robinson made his first and only pro bowl in 2015 logging 1400 yards and a league leading 14 touchdowns as a second year player. Those stats today would put Robinson near the top of the league for wideouts. That’s all thanks to the great Blake Bortles who also happened to lead the league in interceptions that year. Will Allen Robinson be a WR1 in fantasy? I truly do not know, but he 100% has the potential if he can do it with Bortles under center. Here are Robinson’s stats for the four seasons he played at least 13 games:

2019 sticks out to me more than any year A-Rob has played. There are two things that come to mind, one is A-Rob having a very productive year even though it was barely talked about and two, Mitchell Trubisky having a horrible year. If Allen Robinson can put up those numbers with Trubisky throwing for only 3138 yards and 17 TD’s, he can easily duplicate his pro bowl year with a somewhat productive quarterback. We won’t know who will be the QB for the Bears until the preseason at the very least. Will a somewhat productive quarterback be under center week 1 in Foles or Trubisky, or will Allen Robinson have another silent good year that isn’t talked about once again? I predict that A-Rob, playing 16 games, logs 1300 yards on 100+ receptions and 8 touchdowns making him a borderline WR1 in fantasy.