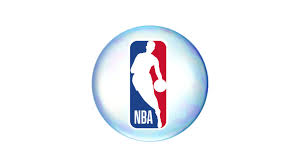 The NBA has released their 113 page plan, and it is extensive. The rules range from testing protocols to how they should play cards. These were my favorite guidelines stipulated in the safety handbook:

No caddies in golf.

Players must wear a mask while playing cards, and throw away the deck after a game.

No sharing goggles or snorkels.

Players will not be tested for recreational drugs, but have been advised by the league that marijuana is illegal in Florida and at Disney World.

Players will be required to wear a device that will set off an audio alert when within six feet of another person for longer than five seconds.

Players and team staff avoid spitting or clearing their nose on the court, wiping the ball with their jersey, licking their hands and unnecessarily touching their mouth guard during scrimmages and games.

Cut down on high-fives, fist bumps and hugs

Players to maintain at least six feet of distance from one another, at least when they’re not on the court.