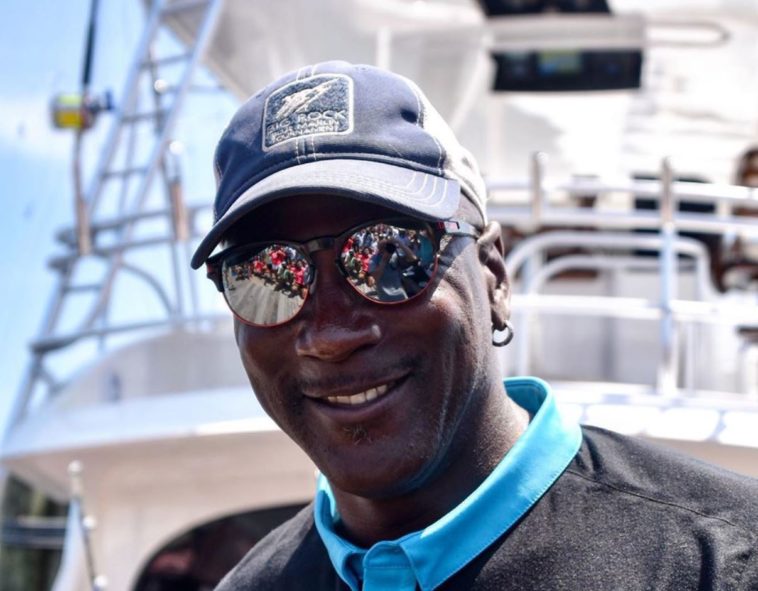 MJ was all smiles when his crew brought in the huge blue marlin on Tuesday … which is good enough to put them in 5th place for the heaviest marlin (the first place boat reeled in a 494.2-lb fish!!!)

I mean what a name too. Catch 23. And this was a multi-million dollar fishing tournament. Big time flex here from Michael Jordan.

I got a pic with MJ, peep the reflection #jumpman