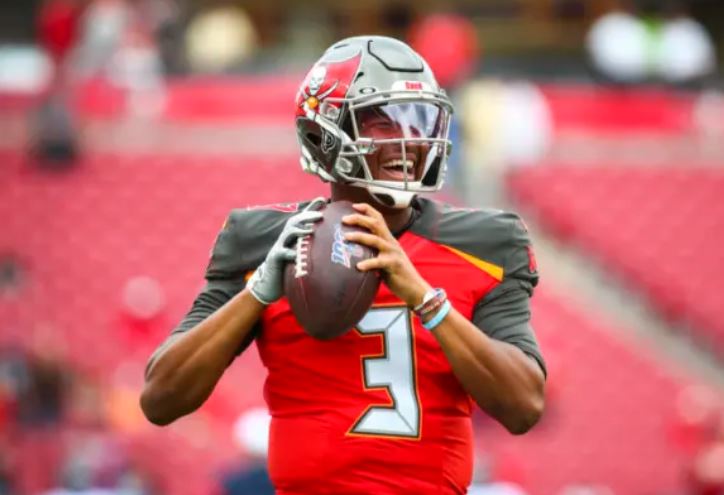 Well, on the Just Talk Podcast yesterday I announced that I was still the main driver of the Jameis Winston train. I can no longer call it a Bandwagon because a Bandwagon requires a ton of people on it, and not just myself. But today, I found out it looks like I have company on the train and that is none other than Jameis Winston himself. In an interview with Bleacher Report Jameis called himself one of the best Quarterbacks to ever play the game.

Source: “I know day in and day out, without publicly coming in and saying it, that historically I’m one of the best quarterbacks to play the game.”

James went on to add that he felt like he was better than a lot of other starting Quarterbacks in the league, but “God has a plan that I haven’t even thought of yet. I have to respect this game first. Respect is earned.”

Jameis Winston is coming off 30 picks.

The 55th-highest-paid QB is ready to prove everyone wrong.

"I know day in and day out, without publicly coming in and saying it, that historically I'm one of the best quarterbacks to play the game."

I mean, I love it. I’ve been very public about the fact I think that Jameis will salvage his career and become a very decent starting Quarterback that could win a Super Bowl one day. He has all the tools. He’s my dude and I’m not going to back off it. If there is one drug that I cannot quit.. It’s the Jameis Winston drug. The dude one day will prove it.

On the latest episode of the Just Talk podcast I redrafted every NFL Quarterback. Listen to see where Jameis Winston ended up.