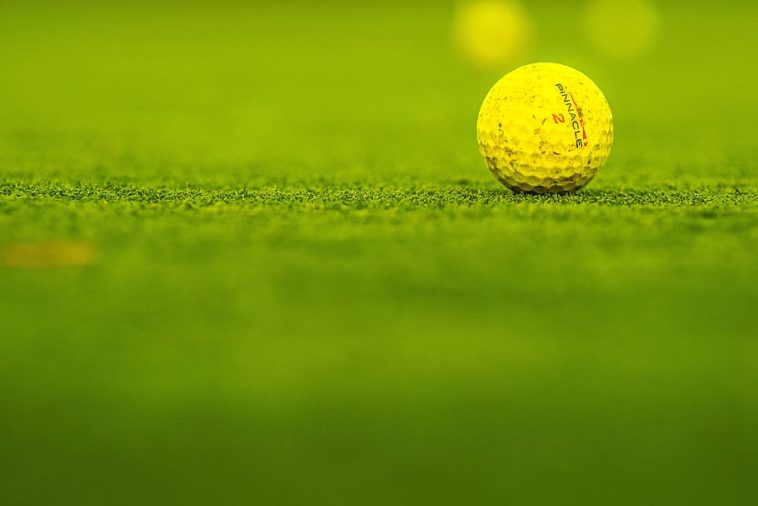 Golf is a hard game. For some, it’s a little harder than it is for others. And for golfers like me, it’s damn near impossible. I tried shaking off the rust this past weekend with my first round of the season. I was quickly reminded that I’m not Tiger Woods nor Jack Nicklaus and still not within lightyears of having a respectable golf game. So unless your handicap is under 10, you’ve probably experienced some of the same thoughts that I have while on the course.

“That first hole was just me shaking the rust off.”

Everyone knows a round of golf really starts on the second hole. That second shot with the iron that caught more turf than ball? That was just the back still loosening up. The three-putt that looked more like a three-point-turn? These greens seem a little steeper this year. Nothing to worry about as we head into hole number two.

“I’ll be able to find more balls if I start playing with those neon Srixons.”

I swear that was a good drive. I mean, it felt like it came off the club cleanly. Forget my notoriously wicked slice or the occasional hook into the trees. I KNOW I should be able to find this ball. Hell, why did I even think about wasting my one sleeve of Callaways today? If I were looking for something the color of a highlighter or a traffic cone, I know I’d find my ball. Although, I guess the color doesn’t really matter when I launch another one into the pond for the third time today.

“If I could fix my chipping, it would take three strokes off of every hole.”

This is starting to feel more like ping pong than golf as I launch another low liner back across the green with my pitching wedge. I’m about to wedge this club fifteen feet up in the nearest tree if I have to hit another chip shot. I resign myself to using my trusty putter if I’m on the fairway and within ten yards of the green. “Adapt and thrive,” as I always say.

At this point, I almost feel like I’m disrespecting John W. Coors himself by associating his beverage with a round of golf like this. The mountains are blue, my face is red, and I’m a mile away from the green. But ice cold beer, a sunburn, and a wayward drive won’t stop me now! I know I can turn it around on these last two holes! And then I bury one in the sand trap thirty yards ahead.

“Let’s get this over with.”

It’s the last hole. Is that relief or a new sadistic level of misery that I feel? We’re finishing on a par-3, so the end will be swift (hopefully). My tee shot ends up in the rough, barely remaining in play. I try to put too much touch on a chip shot and it goes all of five feet. I wish the cart had run me over back on eight. In disgust, I line up for another attempt with my wedge, and without any thought hit the greatest chip shot of my life. My beat-up Pinnacle hits the slope and makes a direct line for the hole before dropping neatly in the cup. “Maybe I’m not so bad after all!”