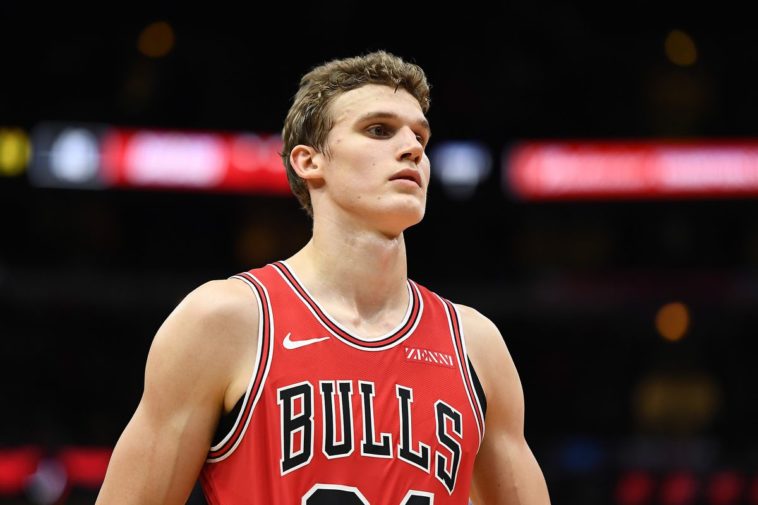 Right out of the gate I think this opinion will likely get bashed, and in the mind of some it is deserved. But I think when you take a look from every possible way, it’s probably best that the Bulls move on from Lauri Markkanen

“But but but, he was 7th overall! Baby Dirk! He’s part of our young core for the future!” There’s this illusion that Markkanen is a crucial piece to this team and can be a important piece when this team decides it’s ready to compete for championships. What about watching him thus far in his career brings you to that conclusion? Let’s look at the facts.

This past season, Lauri has spent a lot of time on the sideline with a number of injuries, ranging from an oblique, to an ankle sprain, to a stress reaction in his pelvis, and consequently probably had the worst year of his young career. For beginners, Lauri, what was pegged to be a tremendous shooter as a prospect, finished the year shooting .425 from the field, compared to the team average of .447. This sharpshooter also finished the year shooting .344 from three, whereas the Bulls shot .348.

I bring up only shooting number right now because this is what Lauri was supposed to come in and do. Be a efficient scorer at the very least. At nearly 7 feet, his ability to shoot the ball from anywhere at Arizona was tantalizing to scouts (keep in mind the Bulls never actually worked out Lauri Markkanen). He was considered to be rather raw, as he was a one year college player who had previously come from Finland.

To this point in his career, he just hasn’t really progressed in a part of the game where he was considered to have elite potential at. I don’t think anyone really thought he was the next Dirk Nowitzki, but to this point what gives you hope that he can at least be a consistent scoring threat? He’s giving you below-team average production on a team that consistently finishes at the bottom third of the league in pretty much any metric. I gave you these somewhat unorthodox team vs individual comparisons because the Bulls fucking suck and all you need to be is the tallest midget, but the 7-footer can’t even do that.

And are you really going to defend this using his injury history as a crutch (no pun intended)? If i know one thing about NBA players, its that when looking at potential, you should really have the most faith in the ones who are the most injured and put up below average numbers on a basement dwelling team.

Any young player worth a damn will be showing you as much at this point in their career. But from a Lauri, we’re seeing regression rather than progression. He doesn’t even generally mesh well with the team. People tend to believe he doesn’t put up good scoring numbers because he isn’t utilized well. Correct me if I’m wrong, but you can either score or you can’t. Being in a better position to do so certainly helps, but it’s not an excuse for poor production. As a matter of fact, it probably says something about his ability to create his own shot at this point in his career.

At this point with Lauri, the juice ain’t worth the squeeze. All signs point to Lauri wanting somewhere in the neighborhood of what Zach Lavine got as an RFA. I don’t even think Zach Lavine was worth that much money, so there is so scenario where I would give a guy like Lauri that money. New VP of Basketball Ops Arturas Karnisovas is going to have to take a long look at this roster and decide what he needs to keep going forward. When looking at Lauri, I truly think you need to sell him while you can before his value further deteriorates. Is it possible he pans out as a top tier scorer in the NBA? I suppose so, but considering everything I have mentioned, he’s damaged goods – at least in Chicago. Karnisovas has a penchant for European talent, so it’s quite possible he rides it out til the end, but keep in mind this is a player he did not draft, and who knows the extent of hi interest in Lauri while he was in Denver. If there are options to trade him for a piece that better fits AK’s vision, then you need to explore these options.