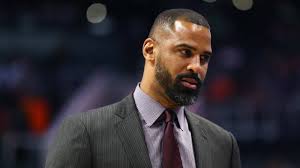 Now begins the long off-season for our Chicago Bulls, being one of the eight teams that missed the cut for the COVID-shortened season. The new front office duo of Karnisovas & Eversley have a laundry list of tasks ahead of them, not the least of which is making a decision on who will be the next head coach for the storied franchise. The Sun-Times has been reporting that Boylen’s tenure is all but done in Chicago, but that the decision will be “deliberate”, which makes sense, considering that the 2020 – 2021 season will by all accounts, not start until possibly December. But the early frontrunner in their search has reportedly been the Philadelphia assistant coach, Ime Udoka. If you’re a regular fan like myself, you probably haven’t heard Udoka’s name before his name was mentioned in the Bulls search, so let’s get into some of his background to understand why he is the man the Bulls are eyeing to lead this team into their next phase as a franchise.

Ime was a star for Portland State before his journeyman’s career in the NBA, spanning from 2003 – 2011, in which he suited up for the Spurs, Lakers, Knicks, Blazers and Kings. During the ’06 – ’07 season, he started 75 games for the Blazers, averaging 8.4/3.7/1.5, while shooting 40.6% from three. In addition to his career in the US, Udoka also spent time playing overseas in Spain for CB Gran Canaria, JA Vichy and UCAM Murcia. He also represented the Nigerian national team during the 2006 FIBA World Championships, as he is a Nigerian citizen as well.

After his playing career ended in 2011, he became an assistant coach in San Antonio under Coach Popovich. During his tenure there, LaMarcus Aldridge credited him with being the one who sealed the deal, convincing him to sign a 4 year deal with the Spurs. LaMarcus told SI how Udoka managed to convince him:

I thought (Udoka) was staying in San Antonio for the summer, so I was like, ‘Hey, I’ve got a jet going to Dallas. You could get a flight from Dallas to San Antonio (to head home).’ So he was like, ‘Cool.’ So he gets on the jet, and I’m like, ‘We’re leaving. You should buy your flight (to San Antonio from Dallas) on the plane. Go buy your flight.’ He was like, ‘I ain’t buying no flight.’ I was like, ‘What do you mean?’ He’s like, ‘I live here (in Los Angeles) right now. I’m flying just to answer any questions that you have.’ I was like, ‘Man, you’re crazy.’ I said, ‘Get off the plane.’ He said, ‘No, I’m going to answer any question that you have.’ So I’m like, ‘You don’t have to do this. Don’t do this.’ He’s like, ‘Nah, I’m not getting off.’

This story is really where I was sold on Udoka as the Bulls’ guy; not only did is he from Pop’s 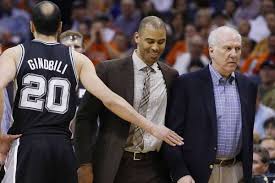 coaching tree, but he has also demonstrated the ability to recruit players effectively, even star players, in which the Bulls have been abject failures since Michael Jordan retired. The trust that Aldridge put into Udoka’s word speaks volumes for him as a teammate, and now as a coach. Udoka’s communication skills would be a much needed improvement from Boylen, who seemingly failed at every opportunity to effectively communicate with the Bulls roster.

Outside of basketball, Ime is married to Fresh Prince of Bel-Air star, Nia Long, with whom he has one son, Kez. Though this article was focused on Nia & Ime’s relationship, Nia did provide some strong arguments for his future head coaching candidacy, praising his communication skills as “…very direct. Sometimes it’s rough, his directness, but I appreciate it…” To my dumb brain, it doesn’t make sense that Nia Long isn’t engaged to Will Smith, but I respect the hell out of a guy who was able to beat out the Fresh Prince. 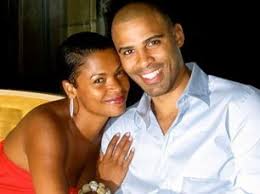 It is also mentioned that Udoka swore off sugar and carbs for his 2018 resolution, and has not consumed alcohol, pork or beef since the late 90s. As a someone who is admittedly a bit uninformed about what they eat, I truly have no idea what is left for this man to use as nourishment, but more power to him.

Everthing I have found in my internet research of Udoka has pointed towards him being a top notch candidate for the Bulls job, and I am now 100% on board with bringing him in as our next head coach. I guess we’ll just have to be patient now, and wait.