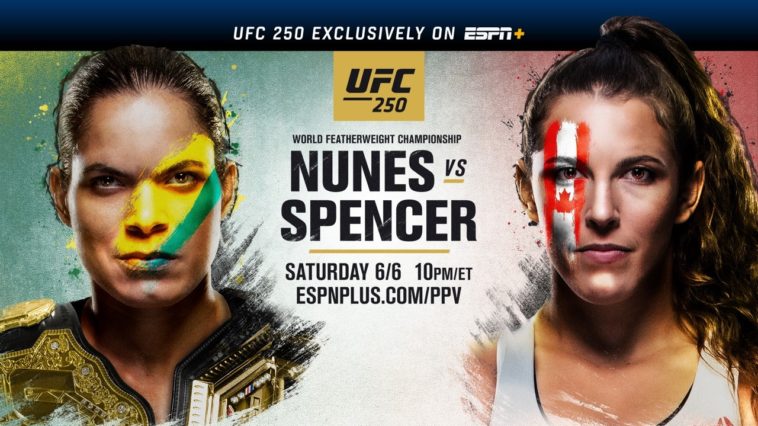 UFC PPV is back and so are our picks!! Last week we successfully went 3-0 with our official picks of the Woodley v Burns Fight Night, including correctly predicting that Gilbert Burns would cash at (+150) in the main event over Tyron Woodley. Only a week later and The GOAT, Amanda Nunes, makes her long-awaited return to the Octagon to try to become the first fighter ever to defend two different weight classes simultaneously as she aims to defend her Featherweight championship against “The Feenom” Felicia Spencer. Along with the title fight, we also have Cody Garbrandt back in action, Sterling v Sandhagen, and “Suga” Sean O’Malley, this is truly is going to be a great PPV card.

As always we are here to make a few gambling picks for the fights and hopefully make you some money in the process.

So many incredible fights on the card. Here’s what the odds are looking like early on.

If we were to go in order, the first fight I like is the matchup between Herbert Burns (-220) and Evan Dunham (+180). Herbert’s brother, Gilbert just took down former champ Tyron Woodley last week so Herbert is definitely looking to ride that momentum to another victory. Herbert has been proving himself as a prospect to watch as of late, riding a 2-fight win streak between the Contender Series and his UFC debut on top of a 4-fight streak overall. Look for Burns to cash at -220.

Jussier Formiga as a dog?? I mean I’d ride with that based on his pedigree alone. Another dog to look at is Brian Kelleher, this man is addicted to fighting. He’s in the Octagon for a second time in less than a month, I’ll ride with him as a dog again at +220 over Cody Stammen who is a legitimate threat at -270.

Ian Heinisch (-125) v Gerald Meerschaert (+105) is a big-time pick-em in my eyes. Heinisch likes to move the pace and work hard while Meerschaert is working more methodically to get you to the ground to tap you out. This a fight that I could totally see going either way but I like Meerschaerts value and patience to get this close W.

After the Meerschaert pick, give me every single favorite left on the card. This card is filled will many of my favorite fighters. Chase Hooper is undefeated, only 20 years old, and used to kick people’s ass under the moniker of “The Teenage Dream”. Ride that (-180) all the way to the bank. He’s going to crank someone’s neck tonight.

Following the Hooper fight, we have another fan favorite in “Suga” Sean O’Malley who is a (-490) favorite because of his exciting style and massive potential. Cash that (-490). In fact, parlay it with Neil Magny at (-150), Aljamain Sterling at (-120), and Cody Garbrandt at (-150). Any variation of those fighters and you should have a fun time.

Last but least we take a look at the main event. Nunes is just on another level. Sure I can sit here and talk about how Spencer is tough as shit and has a chance, but that’s basically how every pre-fight against Amanda Nunes is beginning to sound. The fact is, she hasn’t lost since 2014, shes in her absolute prime and until she is taken down, I’m going to ride with The GOAT, The Lioness, Amanda Nunes.