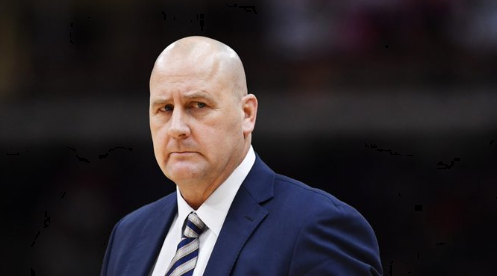 On ESPN 1000’s Kap and Company Show, @ramonashelburne said that she interviewed Chicago Bulls owner Jerry Reinsdorf towards the end of the Last Dance documentary and said he "was pretty adamant that he wants them (front office) to give Jim Boylen a chance. To take him seriously."

Remind me again, why did the Bulls reassign John Paxson, fire Gar Forman and bring in Arturas Karnisovas & Marc Eversley to lead the front office? We could see this conflict coming a mile away when it was reported that Paxson would still remain in an advisory role. It is blatantly obvious that the Jim Boylen experiment has not worked; he has managed to marginalize the Bulls talented frontcourt in Markkanen & Carter, so much so that the normally quiet Lauri vented his frustrations with his offensive role:

“I had 80 touches per game the past two seasons, this season the touches dropped to 40. Don’t get me wrong, I had some plays drawn with me in mind, but it’s just different. When I spoke with Jim [Boylen], we talked about how I should concentrate on getting rebounds and then leading the fast break. But it’s just really hard getting 40 defensive rebounds.”

On top of Lauri and Wendell, Boylen has also consistently butted heads with Lavine, and no player on the roster has come to Boylen’s defense when Karnisovas & Eversley spoke with the team.

So, why the affinity for Coach Boylen? To me, it boils down to 2 main reasons:

No matter what the cost, Karnisovas & Eversley need to make their own decision, free of influence from Paxson & Reinsdorf. They were brought in to fix a front office that was neglecting its obligations to the franchise, and to give the ghost of Garpax a say in these decisions would be a disservice to the growth of the Bulls players and their fans.