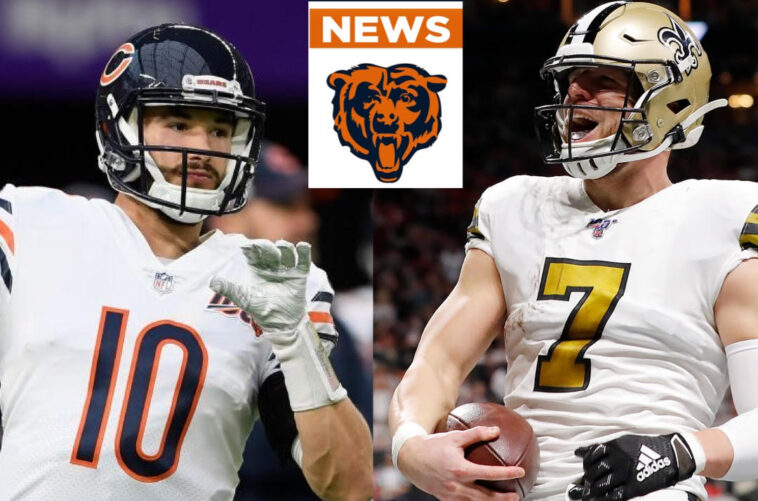 If Matt Nagy isn’t aware of the raw talent he has on the QB depth chart, let this serve as a wake up call. No, I’m not talking about Nick Foles. I’m talking about the human hammer himself, Mitch Trubisky. Sure, Mitch’s first few years as a starting QB in the NFL were a little bit rocky (even though he had the potential to be a phenom at North Carolina) but the guy has solid speed, a strengthening sense of awareness, and is quick and agile. The Bears would be wise to sack up and take advantage of the new rising trend in the NFL today that plugs in playmakers all over the field to provide an immediate impact. No team in the NFL is doing that better right now than the New Orleans Saints with Taysom Hill.

Taysom Hill, the ultimate athlete, has been a major spark plug for the New Orleans offense. Though he is technically listed at quarterback, Hill generally will run routes downfield of run the ball in some sort of option or sweep play. He has great explosiveness and a keen sense for the ball when route running. Coupled with some serious power running when in contact, Hill makes for truly versatile threat that can scorch defenses through the air or on the ground.

Now let’s look to the Bears often maligned QB, Money Mitch. With Ryan Pace signing Nick Foles and a QB competition in camp ahead of him (if the Bears ever have camp), Mitch has some hurdles to get over if he wants to defend his starting spot. If Matt Nagy were a wise man, and he claims to be, he should have Mitch transition to a utility player to quickly shift momentum. Nagy is a huge gadget play kind of guy. He runs them unsuccessfully all the time with his current offense but if he actually had some decent tools, he may be able to build some big plays. Mitch and Taysom Hill are roughly the same size too. Both are 6’2″, around 215 lbs, and have solid athleticism and speed. If Mitch spent all summer bulking up a little bit, learning routes, and work on his ball security, he legitmately could be a weapon in the Bears offense come autumn, or whenever the NFL decides to resume the season.

Let me know if you think the Bears could pull it off or if this is a crazy comparison.