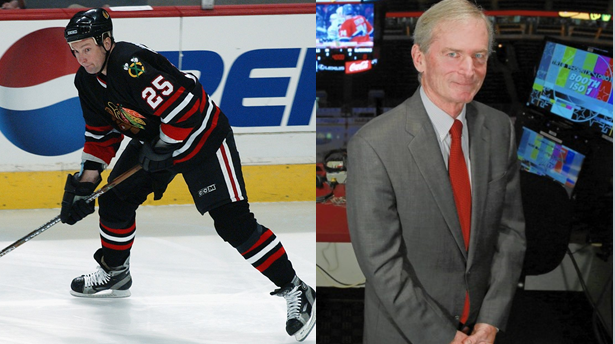 Blackhawks announcer Pat Foley ripped defenseman Alexander Karpovtsev after the team traded him to the Islanders.

During the dark days of Chicago Blackhawks hockey, there was plenty of inept roster management and blame to go around within the organization for their failures. In 2000, the Blackhawks and general manager Mike Smith gambled on volatile Russian defenseman Alexander Karpovtsev and a fourth-round pick in exchange for Bryan McCabe who was sent to the Toronto Maple Leafs.

The Blackhawks acquired McCabe from the Vancouver Canucks for the 1999-2000 season. McCabe played 1,135 NHL games and even racked up 528 points on the blueline. The long-time solid defender was shipped to Toronto after one full season in Chicago. McCabe would go on to become an All-Star in 2004 and stick in the NHL until 2011, and the Blackhawks’ return of Alexander Karpotsev was a complete disaster and thoroughly roasted by Blackhawks play-by-play announcer Pat Foley.

As many reading this may know, Karpovtsev tragically passed away in the Yaroslavl Lokomotiv (KHL) plane accident that took the lives of 37 passengers in 2011. He was an assistant for the team. I wanted to make a quick note of that before jumping into Foley’s criticism of the player, which is obviously hilarious.

It’s fair to say that Foley went scorched earth during his rant, calling him the “worst excuse for a teammate” and giving parting words of “good riddance,” among plenty of other memorable moments during his intermission rant. I’ll let the video do most of the talking – literally.

What I find most amazing about the soapbox was that after he was dealt to the Islanders, Foley said it would “be his last National Hockey League stop.” That’s a bold prediction to make on live TV. He wasn’t quite correct, but in a way he was still almost spot on as Karpovtsev only played three games in New York after the deadline trade. After the lockout, he played six games for the Florida Panthers in 2005-06. So after the deal, he only lasted nine more games in the league, and as we stand here today, Foley is still calling games for the Hawks.