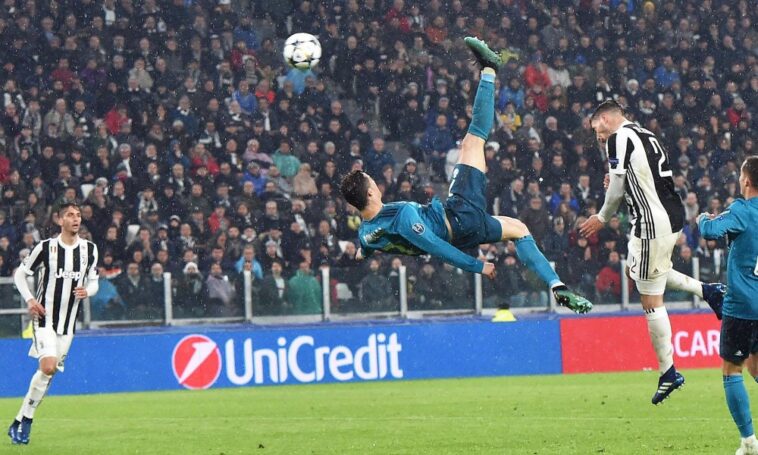 For your pleasure, I have compiled a list (plus highlights) of the top 10 Champions League matches involving Los Blancos over the past decade.

Okay, let’s get the recent heartbreak out of the way first.  Even for Madrid fans, you must appreciate and respect this Ajax performance.  Ajax, down 1-2 after hosting the first leg (an undeserving scoreline), entered the most intimidating European stage and thrashed Madrid to bounce the holders in the round of 16.  I can’t help but think this could have gone differently if Varane had scored a header off the peachy ball into him early on.

Another match that ended in heartbreak.  This match was thrilling, and the comeback was oh so close.  Dortmund thrashed Madrid in the first leg 4-1, off of Robert Lewandowski’s 4 goals.  The second leg was extremely entertaining with chances everywhere.  This Dortmund team, coached by Jurgen Klopp, was absolutely stacked.  They had a great run to the finals, ultimately losing to Bayern in a close match.

Truly one of my favorite games to watch of this Madrid dynasty.  They are at the peak of their powers here.  Particularly in the second half, with the Madrid attack throwing everything at Bayern.  Manuel Nauer puts in an incredible performance, and saves Bayern from experiencing a much more embarrassing night in Munich.  Madrid would go on to win the tie and win the Champions League.

Watching the Whites and Red Devils play on the European stage is and always will be something to behold.  This night was no different.  Tied 1-1 after the first leg in Madrid, the second leg brought everything you could want with fantastic saves, goals, and red card drama.  The atmosphere at Old Trafford is fantastic.  This match includes what is in my opinion, the best club goal Modric has ever scored, with an unreal curler to beat De Gea and spark Madrid to victory in the second half.

This game is for the Madrid fans to really feed their ego (as if it wasn’t large enough already).  Absolute brilliance from the attacking trio of Bale, Benzema, and Ronaldo here, particularly on the counter attack.  These guys display world class pace and technique here to thrash a respectable German side on their own pitch.

You had a feeling a scoreline like this was coming.  Down 0-2 after the first leg to Wolfsburg, Ronaldo scores a hat trick to see Los Blancos through.  Fantastic goals from CR7 and a top class atmosphere at the Bernabeu on another memorable evening in Europe.

A beautiful night for Madrid fans to witness.  We dismantled the Italian giants at their home stadium, which included one of the most memorable goals in European history… Ronaldo’s overhead kick.  The goal prompted the home fans to give a standing ovation to the opposing team’s player, which is a sight rarely seen.  Madrid would go on to win the Champions league.

Another fantastic match between Madrid and Bayern.  Both teams are so incredibly talented that it is inevitable you are to  see a great match.  Madrid prevails here in the first leg with some clinical finishing from Marcelo and Asensio, coupled with the underappreciated Navas making multiple key saves.

The most entertaining half of football I have seen as a Madrid fan in the Champions League.  While this game does not have the same ramifications (group stage), this was serious fun to watch.  5 goals in the final 30 minutes. … Ronaldo vs Joe Hart….19 year old Varane… numerous legends elsewhere on the pitch…it is truly a match for the ages.  Just press play and enjoy. This is what the European Cup is all about.

Not the prettiest win for Madrid, but a gutsy performance nonetheless.  As mentioned, this Bayern team was stacked, and threw the kitchen sink at Madrid. Madrid showed time and again this title winning season that they find a way to get it done.  Madrid gets a great goal from the Marcelo-Benzema connection plus a poachers effort from Karim.  The ending is brutal, with Madrid barely hanging on to clinch victory.  Once again, Navas is the hero with a sensational game between the posts.