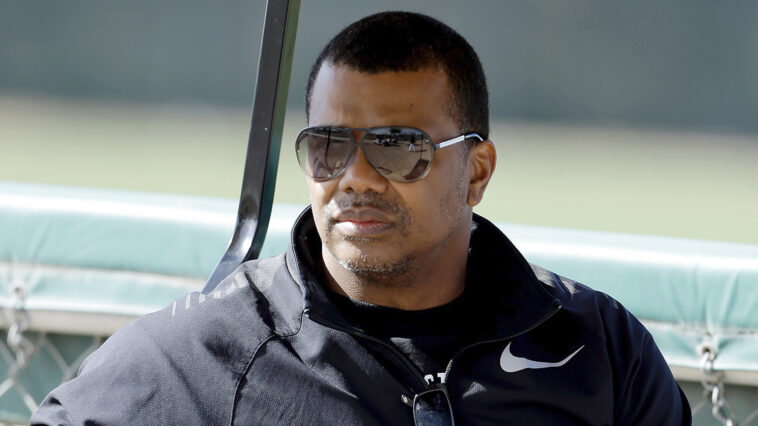 For years, the White Sox farm system was ravaged by the wheeling and dealing nature of former GM and current EVP Ken Williams.  Ship off top talent for established veterans, many of which were unproductive, past their prime, overvalued, or a combination thereof. Rinse, wash, repeat.  Sure, some paid off, but a few crucial moves blew up almost immediately.

Obviously, my statement above is relatively incendiary and makes Kenny’s tenure as GM seem a lot more doom and gloom than it was. The point of this post is not to take anything away from what Kenny Williams had accomplished with the team – he is, by all measures, the most successful GM the White Sox have had in recent memory.  Two playoff appearances, eight winning seasons, and of course the 2005 World Series title, are all accomplishments that have yet to be matched under the Rick Hahn regime, who has 7 seasons under .500.

While I certainly have an appreciation for what Kenny built on the South Side, you just can’t look past those head-scratching, “Kenny got his guy” trades, from if nothing else a comedic standpoint.  And in these uncertain times, I need a good laugh to get by.

So, in order to pass the time without sports, let’s take a look at Kenny’s Top 5 Greatest Hits – in other words, the five most quintessentially Kenny Williams moves that Kenny Williams ever made in his tenure as GM.

This trade is cracks the list due to Williams’ proclamation that the Sox’s goals in the offseason before the 2008 season were to get a SS (Orlando Cabrera), get a setup man (Octavio Dotel/Scott Linebrink), and get Carlos Quentin.  The Carlos Quentin.  TCQ.

Bold move to say getting a guy who hit .214 the year before was an established goal.  Not only that,  they sent off a prospect on the rise who had just ripped 25 home runs in his age 20 MiLB season to get him!

Obviously, this one worked, with the magical 2008 season being the peak of Quentin’s career, and a driving force behind the division title.  Quentin posted a 4.7 fWAR season fueled by 36 home runs in just 130 games, .coming from basically nowhere to hit .288/.394/.571.  Quentin was on pace for an MVP season until a tragic bat punching incident ended his season in early September.

Quentin gave the Sox a couple more decent seasons before being flipped to San Diego before the 2012 season.  While he never matched the heights of 2008 again, largely due to injuries, he never posted a wRC+ below 100 and hit at least 20 home runs in his 4 years in Chicago.

With two all star appearances, a playoff appearance, and a top 5 MVP finish in 08, this trade ended up being more than worthwhile.

Like some other trades on this list, this one is included mainly due to the buildup that led to it.  While the trade was completed at the 2009 deadline, it was agreed upon months earlier, with Peavy using his no-trade clause to shoot down the deal.

While Peavy never reached the heights of his earlier Cy Young self while in Chicago, he did have a solid White Sox career.  He put up 10.5 fWAR in parts of five seasons on the South Side, making 83 starts, winning 36 games, and posting a 3.70 FIP and 1.155 WHIP.

That all culminated in his All Star season in 2012, where he cracked the 200 inning mark for the only time in Chicago.  He was then flipped to Boston in 2013 in the trade that brought Frankie Montas and Avi Garcia to the White Sox.  This trade also ended up with Peavy getting his ring in Boston.

Still, the best part of this trade is the long-winded saga before it got done.  In that ESPN article I linked above, you get one of my favorite Kenny Williams quotes, which was in regards to the Peavy saga:

If that doesn’t sum up the quintessential trades for over the hill veterans, I don’t know what does.  A trip into the psyche of Kenny Williams, and why he always gets his guy.

While not technically a trade, it would be downright egregious to not include this acquisition on my list.  Manny Ramirez coming to the White Sox was meant to help awaken the Sox down the stretch in 2010, a last ditch effort to make a playoff run.

Unfortunately, the Mannywood hysteria never got on the plane from LAX to Chicago, leading to a mostly forgettable stint in the final month of the 2010 season for Manny Ramirez.  Expected to help revitalize a White Sox lineup that at the time was 4.5 games back of Minnesota in the division, the Manny experiment quickly crashed and burned.  The Sox finished 6 games back of Minnesota, missing the playoffs after being unable to close the gap down the stretch.

Individually, Manny played about as meh as anyone could’ve imagined.  Slashing an extremely mediocre .260/.420/.319, the Manny era at U.S. Cellular Field was more defined by an absolute inability to provide any sort of meaningful production.  Over 24 games, Manny had TWO extra base hits, one double and one home run, with two whole RBI’s.

That home run did not come without historical significance, though, as it was the last of his 555 career homers.  At least the bat flip on Halfway to St. Patrick’s Day was worth it, right?

This move seems to encapsulate Ken’s passion for signing or acquiring veterans past their prime with not much left in the tank to provide a shot in the arm for a chance at the playoffs. It would also rank higher on the list, if not for the fact the only thing the team gave up to get him was about $4 million of Jerry Reinsdorf’s money, or a little more than the Bulls got back in the Jordan Bell trade a few years back.

Oh, and there was the whole deal of Manny using a Spanish language interpreter at his opening press conference with the Sox, despite speaking English for the entirety of his career until that point:

Manny being Manny and Kenny being Kenny.

This one needs a little bit of context, as the trade for Swisher himself wasn’t a terrible move at the time.  Swisher was coming off of a few solid seasons, showing progression at the plate each year in his young career, and provided the Sox with a versatile player at the top of the order.  However, what really makes this trade as great as it was is that it involved dealing away Gio Gonzalez AGAIN.

The first trade came in the offseason leading to the 2006 season, when Gonzalez was dealt to Philly along with Aaron Rowand and Daniel Haigwood.  Hard to argue with that trade, with Thome racking up 11.9 WAR and 134 HR’s in 3+ seasons on the South Side.

The next offseason, Gonzalez was back on the South Side, returning with Gavin Floyd for Freddy Garcia.  After returning, Gonzalez had an excellent 2007 in AA, going 9-7 with 185 strikeouts in 150 innings, reestablishing himself as a top Sox prospect.  This is unfortunately where Kenny had to get involved, characteristically sending Gio in a package for Swisher, who was underwhelming during his year on the South Side during the team’s last playoff run in 2008.

Meanwhile, Gonzalez went on to pitch to the tune of 130 wins, a 3.68 ERA, two All Star appearances, and 28.8 bWAR over his major league career thus far.  Maybe it wouldn’t hurt so much had we never gotten him back, but trading Gio away twice definitely stung.

However, much like some other guys on this list, Kenny always gets his guy.  This time, it came in the form of Gio Gonzalez signing as a free agent this winter.

OFFICIAL: The #WhiteSox have agreed to terms on a one-year, $5-million contract with two-time All-Star left-handed pitcher Gio González, which includes a club option for 2021. pic.twitter.com/e34J1GkKwu

While the forces of the universe are currently conspiring against Gio Gonzalez ever pitching for the White Sox (in the form of COVID-19), maybe someday this dream will come true.

In my eyes, there is no better Ken Williams move than this one right here.  This is the textbook, dictionary definition Ken Williams trade.  He knew who his guy was, and was willing to pull the trigger 3-5 years too late.  Current production be damned, Junior had to come to Chicago.

With that being said, I actually like this trade this trade.  Griffey was part of a memorable run to win the Central in the South Siders’ last playoff appearance.  Unlike Manny, he actually contributed to some wins, hitting three homers (not great, but better than Manny’s one) and hitting .260.

Not great, of course, but not absolutely horrible.  Most of the value of this trade, though, comes not from the stats but from one singular play.  One of my last good memories of the Sox was courtesy of Griffey, as he gunned down Michael Cuddyer at the plate in the Blackout Game, Game 163.

While this move is as quintessentially Kenny, it did lead to one of the biggest moments in post-2005 White Sox history.  And, given both Nick Masset (2.5 career fWAR) and Danny Richar (-0.7 fWAR, only 46 plate appearances after leaving the Sox) never did much of anything, this trade didn’t cost the White Sox much.

Plus, thanks to this trade happening, I own a Green Pinstripe Ken Griffey Jr. Sox jersey, so I’d say this trade worked out for all parties involved.