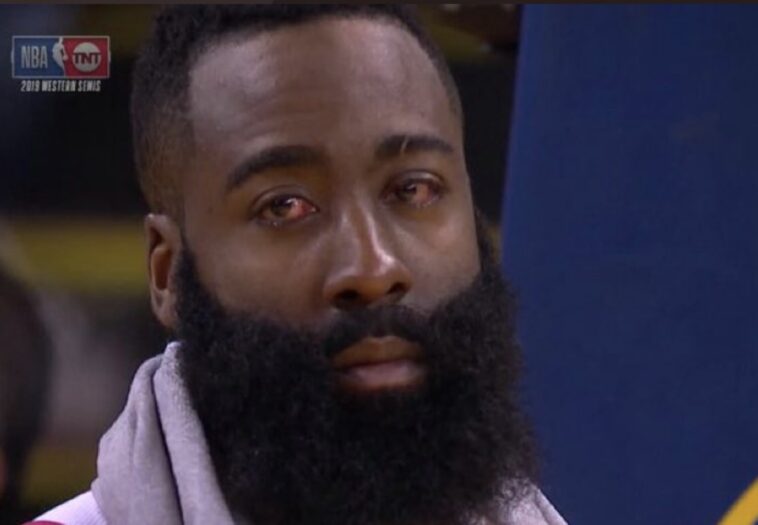 Last April the Rockets and James Harden lost Game 2 to the Golden State Warriors to go down 0-2 in the series. During the first quarter James Harden got hit in the eye by Draymond Green. We’re surprised he wasn’t left needing eyeglasses after this.

James Harden has left the game after getting hit in the eye by Draymond Green.

As he was leaving the court both Green and Kevin Durant went over to check in on him. pic.twitter.com/yxBQDe5s4j

He later returned to the game with red eyes and of course the internet remains undefeated as James Harden eyes became an instant meme. So we compiled some of our favorite memes from tonight.

When she puts her ex back in her bio pic.twitter.com/mf2gTukzYX

“I’ll get you all the cheeseburgers you want.” pic.twitter.com/ulP0ZMAaKx

James Harden after he got his eye scratched ? pic.twitter.com/gGVF18Vxu3

When she tweet “I’m bored someone text me” but you been texting her pic.twitter.com/oLLLdX7Psn

When she says “Goodnight” but you’re standing behind her at the club pic.twitter.com/ksIsoEiWax

When you see the dots pop up twice but she never actually texts you back pic.twitter.com/hbb1pfeDdD

harden back from the dead, checking into the game pic.twitter.com/KfvM2JhWb4

Well, things didn’t really go the Rockets way after this… Losing to the Warriors again in 2019.