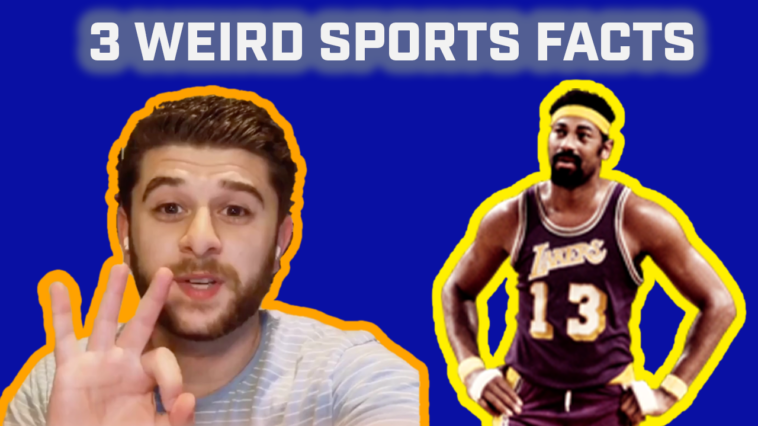 Life has been a little weird lately, stuck at home, sitting on the computer all day… So I decided, I’m starting a series of weird and interest facts. Sports, life, money, pop culture, facts. Just facts you might be interested in. I started with THREE weird Sports facts for Ep. 16 of Stuff That Matters with Sami Jarjour:

FIND PODCAST ON ALL PLATFORMS: https://anchor.fm/stuffmatterspod

1. Wilt Chamberlain never fouled out of a regular-season or playoff game in his 14 years in the NBA. His career average was only 2 fouls per game, despite having averaged 45.8 minutes per game over his career.

2. In 1847, at the age of 46, Brigham Young led 148 of his Latter-day Saints from Nebraska to an oasis in Utah’s Great Salt Lake valley. There he founded the home of the Mormon Church. He ruled his followers for 30 years more and along the way married 27 times and begat 56 children. Today, of some 5.2 million Mormons, there are at least 5,000 direct descendants of Brigham Young. One of them, Steve Young

3. In February 1971, Alan Shepard became the first person to play golf in space. … Ten years after he became the first American in space, Shepard stashed a Wilson Staff 6-iron clubhead and two balls in a tube sock he’d hidden in his spacesuit.