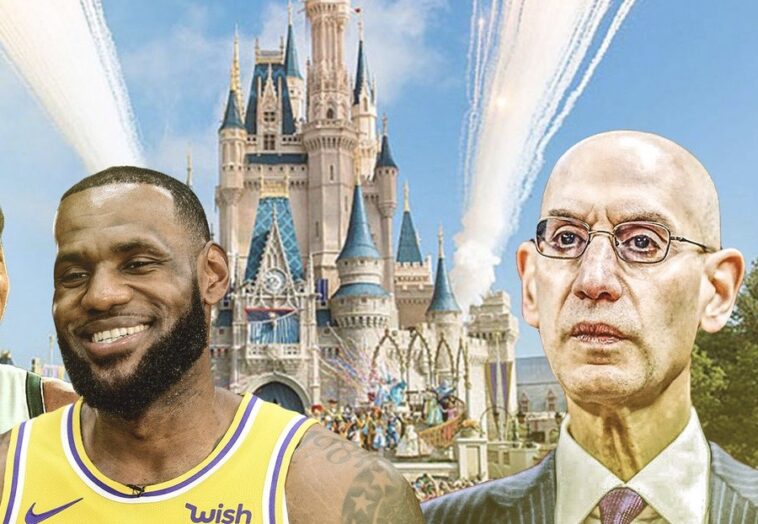 The day we’ve been waiting for isn’t quite here yet… But it seems to be getting closer and closer. I wish I was writing the news of the NBA returning officially. While I have remained optimistic, it looks like the league is now optimistic as well. Disney World of Sports in Orlando is a clear frontrunner to bring back the NBA, and it turns out we might even be shooting for a mid-July return.

The NBA is mostly likely coming back at Disney World of Sports in Orlando and there is hope that tip-off can happen mid-July! ?

Per TheScore – The NBA has apparently zeroed in on a host site should a return to play occur this season, as sources told Shams Charania and Sam Amick of The Athletic that Orlando/Disney World has emerged as the clear front-runner.

“The prospect of players fully training in mid-June and playing by mid-July has been the most popular and possible scenario discussed,” Charania and Amick report, citing sources.

Walt Disney World has reportedly begun to adjust some of its hotel spaces in order to adapt to the NBA’s needs.

Walt Disney World has begun the early stages of re-working some of their hotel spaces for housing the NBA and their needs. The Wide World of Sports Complex has also had some work done in anticipation of hosting the NBA and possibly MLS, per Disney sources.

Some work has also reportedly been completed on the Wide World of Sports Complex, which hosts college basketball’s annual Orlando Invitational, in anticipation of hosting the NBA and possibly Major League Soccer.

“We are confident we’ll be hosting the NBA in some fashion,” Walt Disney World sources told Smith. “It may not be the entire league, but we believe the NBA will be here to at least finish part of their season. Still hurdles to cross, but we are preparing as if that is the case.”

Because Walt Disney World is a private property, it would be easier for the NBA to control access than it would be at other proposed sites, a league source told Smith.