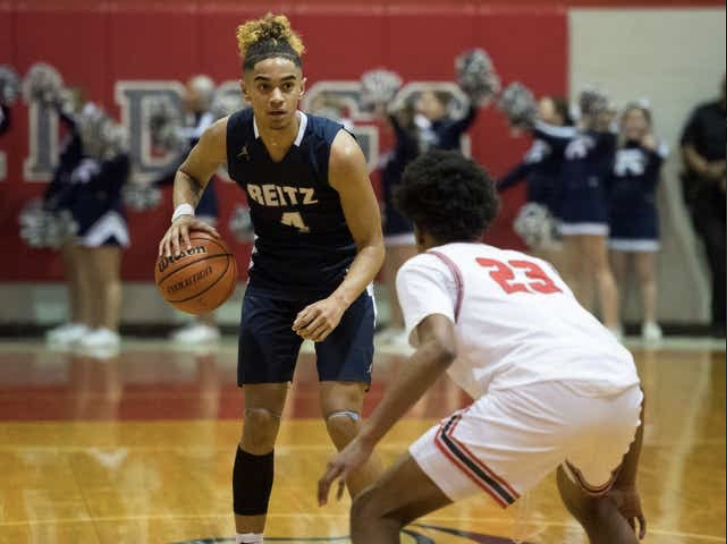 In a move that had been expected for some time, five-star point guard Khristian Lander announced he will reclassify into the Class of 2020 and attend Indiana in the fall. Lander was the top-ranked point guard in the 2021 class and this is an incredible boost for Archie Miller and the Hoosiers.

Lander provides Miller with the prototypical playmaking point guard and will have a full complement of weapons to whom he can distribute the ball. He is an excellent driver who can get into the paint at will, and he and Trayce Jackson-Davis expect to be a lethal pick and roll combination. Lander has a quick release from the outside and does not require much space at all to get off his shot.

What does this mean for Indiana? It’s hard not to feel optimistic. Assuming Justin Smith returns to school, the Hoosiers will return all five starters and eight of their top nine contributors from last season. Lander joins a deep recruiting class with top-100 wing Jordan Geronimo and desperately needed shooters Anthony Leal and Trey Galloway. There are 12 legitimate rotation pieces at Miller’s disposal, and his biggest challenge may end up being figuring out how to get everyone minutes. Between the freshmen and Al Durham, Rob Phinisee, and Armaan Franklin, Miller has a plethora of three and four guard lineups he can play with. After the offense was abysmal at times last year, having multiple perimeter scoring threats in every lineup should make Indiana a much more dangerous team at that end of the floor.

The Big Ten will be loaded again, with Iowa, Michigan State, Wisconsin, Ohio State, and Michigan all expected to be top 25 mainstays. With the addition of Lander, Indiana projects to be a top four team within the conference at worst–and at least one member of the B-Fox and B-Frank Show thinks the Hoosiers can win the Big Ten as currently constructed. After significant struggles through the first three years of his regime, Miller now has a fantastic opportunity to execute his vision and get the Hoosiers back to being a contender.