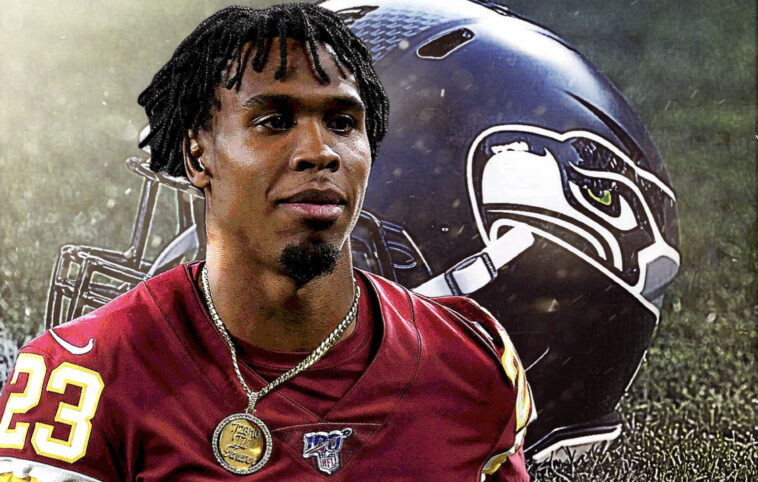 Today things got every more wild…

Excited to have #Seahawks reporter @Joe_Fann on to discuss Quinton Dunbar and what it means for the Seahawks, his career, and more Seahawks offseason news with @JarjourSami & @gjarjour of @PodThat @SONTHighlights ? Tune in and asks Qs! https://t.co/BIHf7pAttw

Per Miami Herald: The defense lawyer for Seattle Seahawks cornerback Quinton Dunbar says five witnesses have signed sworn affidavits that exonerate the football player of any involvement in a supposed armed robbery that took place in Miramar.

Dunbar and Deandre Baker, a starting cornerback with the New York Giants, are being sought by Miramar police on accusations they stole jewelry and money from people at a house party on Wednesday night.

According to an arrest warrant, Baker instructed at least two people to take the valuables, which included pricey luxury watches. Police said Dunbar was seen helping him, although witnesses conflicted on whether he was armed.

Dunbar’s defense lawyer, Michael Grieco, said on Friday that the five witnesses attested that Dunbar was in no way involved. He said he presented the affidavits to the Broward State Attorney’s Office, but prosecutors are still requiring Dunbar turn himself in to be jailed.

“All of the affidavits indicate my client is innocent,” Greico said.

Greico lashed out at Miramar police for tweeting about the arrest warrant and “tagging” Seattle’s account.

“I have never in my career seen a police department so excited about arresting a celebrity,” the lawyer said. He could not immediately say when Dunbar would surrender.

Statement from a @Seahawks Spokesperson:

We are aware of the situation involving Quinton Dunbar and still gathering information. We will defer all further comment to league investigators and local authorities.