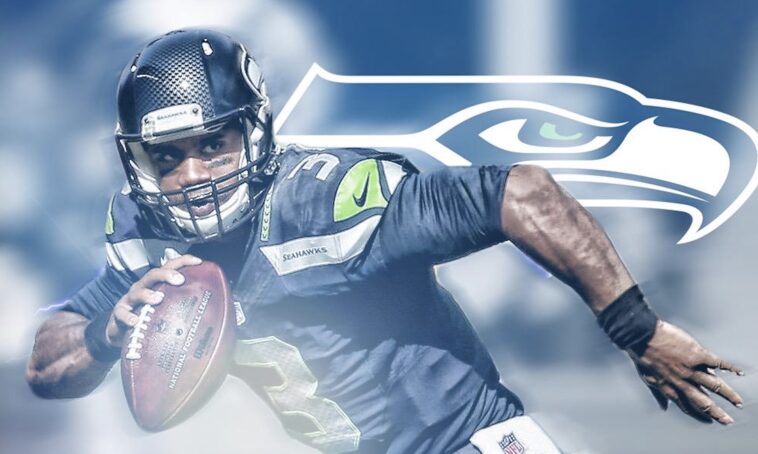 Pro Football Focus (PFF) released their All-Decade Top 101 today highlighting the best NFL players from 2010-2019. To no surprise, the top 10 consisted of dominant quarterbacks in the league like Tom Brady, who won three Super Bowls during this time, as well as players from other positions like Julio Jones, Aaron Donald, and JJ Watt to name a few. One name that you don’t find until later in this list is Russell Wilson, ranked 33rd of these top 101 players.

Seahawks fans are more than aware of the consistent disrespect towards the career of Wilson, who many would argue to be one of the league’s best quarterbacks

Ever since his entry into the league in 2012, when Wilson was drafted with the 75th pick in the third round of the NFL Draft, he has worked his way up in the conversation of the league’s best at his position.

Starting all 16 games during his rookie season with Seattle, he led the team to an 11-5 record behind a 64.1% completion percentage, over 3000 yards, and a 26/10 TD to interception ratio. This was the eighth best completion percentage in the league that season, and the highest of any rookie in the league. On top of this, Wilson also tied Peyton Manning’s rookie passing TD record, which has since then been broken by Browns QB Baker Mayfield in 2018.

Seattle #Seahawks QB Russell Wilson gets ranked no. 33 on the #PFFAllDecade101 list…

Wilson is so under appreciated ????? pic.twitter.com/bU9OYwKvO4

Wilson also finished his rookie season with the fourth best passer rating in the NFL.

Moving on to the 2013 (13-3) and 2014 (12-4) seasons, Wilson led the team to back-to-back Super Bowl appearances, taking down Peyton Manning and the Denver Broncos in a blowout win in 2013, and suffering a crushing loss on a late interception against the Patriots in 2014, ultimately leading to a fourth Super Bowl Ring for Patriots QB Tom Brady.

Throughout the 2013-2014 seasons, Wilson had a 63.1% completion percentage, while also passing for 46 touchdowns with only sixteen interceptions. While these numbers were not the best in the league, they were still enough to lead his team to back to back championship appearances.

Finally, in his two most recent campaigns in 2018 (10-6) and 2019 (11-5), Wilson again led his team to the playoffs and combined for 66 touchdowns and just 12 interceptions, including a streak of 220 passing attempts without an interception during the 2019 season.

Russell Wilson gets ranked no. 33 on the #pffalldecade101 list… Wilson is so under appreciated ????? (@profootballfocus)

In addition to starting every game throughout his eight seasons in the league, he has led the team to the playoffs each year as well, even after the significant decline in defensive efficiency following the weakening of the Legion of Boom starting in 2015. Since this defensive decline, a large part of the teams success has been based on the playmaking ability of Wilson, as well as his ability to extend broken plays.

With all this being said, how could there possibly be 32 players better than Wilson during this time period? The fact that Russ didn’t even crack the top 15 of this list proves the disrespect towards his career accomplishments in my opinion, and I am sure plenty of other fans, not only of the Hawks, but of the National Football League, would also agree.