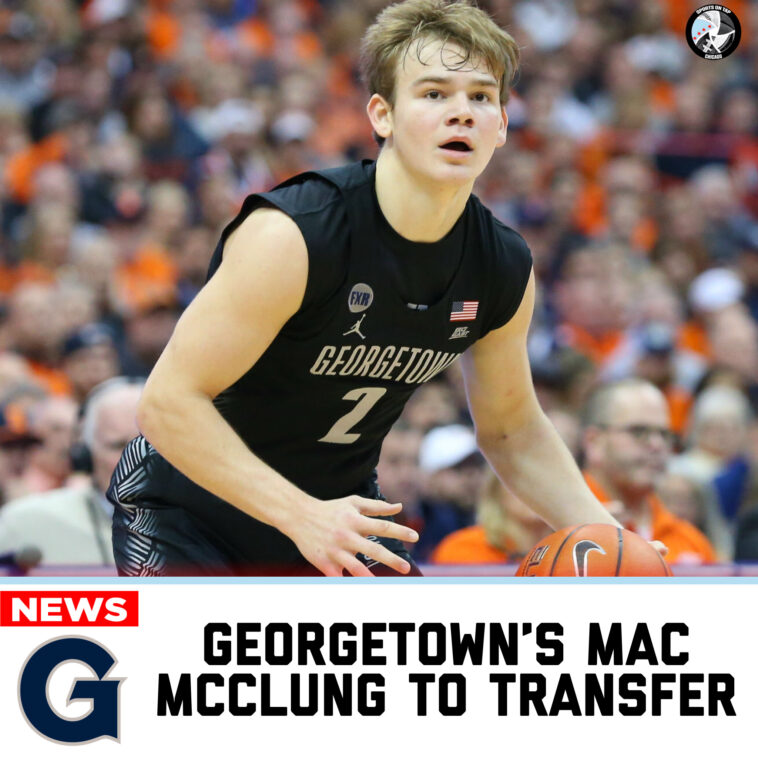 Yet another high quality transfer has entered the portal late into one of the most bizarre off-seasons in a while. Georgetown’s Mac McClung announced today that he was withdrawing from the NBA Draft and entering the transfer portal. Really tough news for Patrick Ewing and the Hoyas.

Georgetown's Mac McClung will withdraw from the 2020 NBA Draft and transfer, per @DraftExpress.

Just a week after Patrick Ewing said that McClung would be returning to Georgetown on a podcast with Andy Katz, Mac instead announces he’s leaving. A year ago, we thought Georgetown had a bright future headlined by two rising stars in the backcourt in McClung and James Akinjo (Arizona). Now both have left the program and Ewing is in desperate need of some winning entering Year 4 in DC.

It looks highly likely that Ewing becomes the 2nd Big East star to return to his Alma Mater only to flame out, Chris Mullin was the first at St. John’s, in the past five seasons. The Hoyas have not finished in the top half of the Big East under Ewing and have just one winning season. Additionally, they are just 19-35 in conference play.

I am not sure what kind of leash Patrick Ewing will get considering he is a pillar of the Georgetown Basketball program. But he needs to hope for some leniency here, because I do not see next season (if it happens) turning the tide for the Hoyas. The roster is not completely devoid of talent, but it is not nearly what we expected it to be and expectations continue to mount as the years go on and the results evade you.

McClung’s game really developed in his two years at Georgetown. He came in as an internet/YouTube sensation for his crazy leaping ability and athleticism and turned into an All-Big East Freshman and averaged 15.7 points 3.1 rebounds 2.4 assists and 1.4 steals per game during his injury-plagued Sophomore campaign.

I won’t speculate on where I think he may or may not go. There is just too much happening in terms of rosters at this point to really know what the market is like until we hear who has reached out. He will most likely have to sit a year anyway, but I will say that McClung could be an all-time most hated Duke guard if he were to choose Durham, NC.