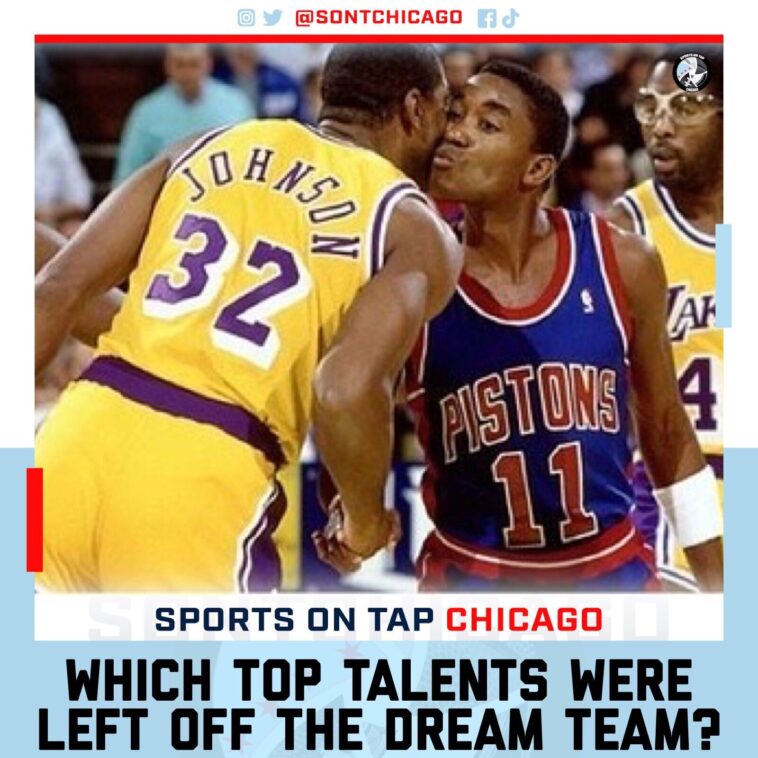 Jordan. Magic. Bird. The list goes on. The 1992 Olympics was the first time FIBA allowed NBA players to participate on the U.S. national team, and the United States didn’t hold back when it came time to build the roster for what would become known as the “greatest team ever assembled.” But is is possible that the Dream Team we saw in Barcelona wasn’t actually the most talented team that USA Basketball could’ve constructed? There’s plenty of evidence to show that might just be the case, starting with these five incredibly talented players who didn’t end up representing the Stars and Stripes.

Alright, Isiah isn’t forgotten. In fact, the controversy surrounding his exclusion from the Dream Team has only picked up steam as the years have gone on (helped by episodes 3 and 4 of ESPN’s “The Last Dance” documentary). However, he was certainly the biggest snub when it came to building the Olympic roster.

Fresh off of back-to-back NBA titles with the Detroit Pistons in 1989 and 1990, Thomas was a top 5 player in the league when the first ten selections for the Olympic roster were announced in September 1991. When the final roster selections were made in May 1992, Thomas was left off the roster in favor of Clyde Drexler.

Thomas’ relationship with USA Basketball brings to mind a quote U.S. Olympic hockey coach Herb Brooks once made to his assistant while building his roster for the 1980 national team: “I’m not looking for the best players, Craig. I’m looking for the right ones.” Isiah’s talent was undeniable. Despite his disdain for the leader of the Bad Boy Pistons, Michael Jordan himself recently mentioned that he considers Thomas to be the second greatest point guard of all time behind Magic Johnson – certainly no small compliment. And while much has been made of the fact that Jordan’s dislike for Isiah was the predominant factor in Thomas’ exclusion from basketball’s pedestal, the reality is that a majority of the national team had issues with the point guard. Bird, Magic, Pippen, and Malone all had known issues with Thomas at points throughout their careers. David Robinson and Clyde Drexler have both recently acknowledged that Isiah’s absence was due to potential chemistry issues. So while Thomas was certainly deserving of being included on the Dream Team for his talent, his previous relationships – or lack thereof – with several of his fellow superstars made this decision a relatively easy one for Team USA.

It would’ve been fitting in more ways than one if “The Dream” had been a member of the Dream Team. Olajuwon wasn’t really snubbed for Team USA. He simply didn’t become a U.S. citizen until April 1993, making him ineligible for selection. Hakeem went on to represent the U.S. at the 1996 Olympic games in Atlanta, where he won the gold medal alongside frontcourt partners Shaquille O’Neal and David Robinson. Here’s a quick recap of what Olajuwon would have contributed to the Dream Team:

It’s obvious that The Dream was a nightmare for opponents.

Shaq was a true snub from the Dream Team, although his was a unique situation. O’Neal was still a junior at LSU at the time and was under consideration for the one roster spot Team USA reserved for a college player. And although he would become the first overall pick in the 1992 NBA draft, Shaq was up against some stiff competition in Duke power forward Christian Laettner. Laettner was coming off of back-to-back national championships in ’91 and ’92 and was a three-time All-American, Final Four MVP, and National Player of the Year in ’92. While Shaq was far more explosive, Laettner’s game was more polished. At the time, it wasn’t a difficult decision to select the Duke icon. Looking back, however, one can only imagine what it would’ve been like to see a young Shaquille O’Neal in Barcelona with other generational talents. But don’t feel too bad for the big man – Shaq went on to win a gold medal with USA Basketball at the Atlanta Games in 1996. 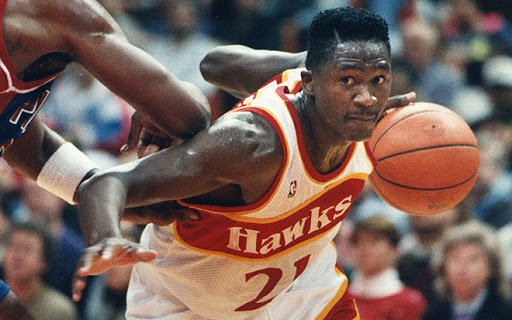 The Human Highlight Reel’s exclusion from the Dream Team is both a story of being snubbed and an unfortunate injury. Wilkins was not included among the first ten selections for Team USA that were announced in September 1991. He was, however, under consideration for the final professional roster spot that would be announced in May of the following year. Wilkins was named an All-Star during the 1991-1992 season and was averaging 28.1 points per game before tearing his Achilles tendon in January 1992, ending the momentum he had been building to secure the final Olympic roster spot. Dominique would go on to represent the U.S. in the FIBA World Championships two years later, but we would’ve loved to see the highlights Wilkins would’ve created playing on the Dream Team with some of the best passers in NBA history.

Fun Fact: Dominique Wilkins is one of only five non-centers in NBA history to average more than 26 points for an entire decade. Can you guess the other four? (The answers are included at the end of this blog.)

The Pacers’ sharpshooter was coming into his own by the time of the ’92 Olympics, having averaged 24.6, 22.6, and 20.7 points per game during the ’89, ’90, and ’91 seasons. Miller’s resume may not have been as lengthy as the other names on this list, both at the time of the Dream Team and over the rest of his career, but his competitiveness and 3-point shooting ability were respected throughout the league. He only had one All-Star appearance prior to the ’92 Olympics, which likely hurt his candidacy for inclusion on the national team, but there’s no doubt that it would’ve been fun to watch Reggie pick apart international competition from all over the floor.

Who else would you have liked to have seen on the Dream Team? Maybe James Worthy or Dennis Rodman?

Fun Fact Answers: Dominique Wilkins is one of only five non-centers in NBA history to average more than 26 points for an entire decade. The other four are Jerry West, Michael Jordan, Allen Iverson, and LeBron James.