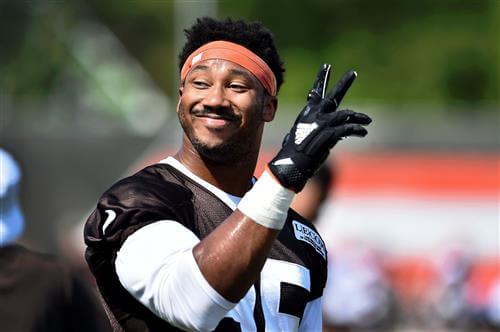 So all day today, Seahawk fans were waiting on news that we were going to pull off a massive trade. The above Reddit user decided that it would be a good idea to start spreading news that a trade was about to occur for Our Seahawks. How far did it go? Well he got on KJR and dropped the bombshell that the Seahawks would be trading for Myles Garrett. And how well did it go? It was the #1 trending sports topic on Twitter in the whole states. So I personally also got excited and posted this video:

Would you like to see Myles Garrett on the Seahawks? ? @sontseattle
According to rumors the Seahawks might be landing the pass rusher ? according to Reddit user EverybodylovesNudez pic.twitter.com/LKyJe2ANsm

And of course this all turns out to be one good fake. Look, I love pranks. But to be honest, let’s leave the jokes for April fools.