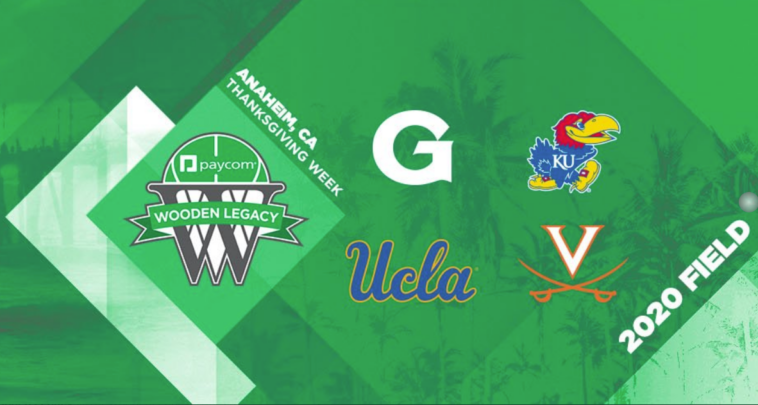 College basketball has had quite the offseason thus far. On top of all the emerging and continuing scandals, we saw Steve Forbes get the Wake Forest job--only to have his best returning player immediately transfer to Kentucky. With sports starting to come back across the globe, I’m allowing myself to become more and more optimistic that college basketball will be played this year. This week, college basketball insider Jon Rothstein dropped quite a few non-conference matchups for the upcoming season that should have fans across the country excited.

Sources: Villanova and Virginia will play a neutral site game next season at Madison Square Garden.

This is the big one. The last two national champions will meet December 19 in New York in what should be one of the best non-conference games of the year. After really struggling offensively last season, Virginia will have a new star in Sam Hauser–who should be one of the best players in the entire ACC. Villanova won the last meeting in 2017 on Donte DiVincenzo’s buzzer beater, and will look to continue its elite run of form under Jay Wright. The Wildcats will once again be a Final Four contender.

Auburn/Memphis has been added to this event at State Farm Arena in Atlanta, per release. https://t.co/kxGvAIZuNj

This is an intriguing event as a whole but Auburn/Memphis is clearly the crown jewel. The two teams Jalen Green spurned to go straight to the G-League will square off in this multi-game event and try to find a consolation prize of sorts. Memphis didn’t have the dream season it wanted to last year, but Penny Hardaway’s young core (including Landers Nolley if the one-time transfer rule somehow gets passed) is a year older and unlikely to make the freshman mistakes that plagued the Tigers last year. Auburn loses a lot of talent, but still has one of the best coaches in the game in Bruce Pearl. They’ll regroup with returners J’Von McCormick, Devan Cambridge, and freshman Sharife Cooper to challenge the established powers in the SEC. It should be an excellent early season matchup and overall event.

Sources: The Wooden Legacy Tournament in Anaheim will be a four-team tournament moving forward.

Had previously been eight teams.

The Wooden field came out last November, but the announcement that it will now permanently be a four team tournament gives us another excuse to drool over the field. The Hauser-led Hoos would make a great potential championship opponent for Bryce Thompson, Ochai Agbaji, Marcus Garrett, and Kansas. But UCLA will be no slouch next year either. Even without Daishen Nix, the Bruins return at least (depending on Chris Smith’s NBA decision) seven players who averaged double-digit minutes and add stud freshman Jaylen Clark. Who knows, maybe Kentucky transfer Johnny Juzang will get a waiver from the NCAA to play immediately too.

Sources: Arizona State and SMU will start a home-and-home series next season in Tempe. Return game in Dallas in 21-22.

Remy Martin and Alonzo Verge were arguably the most electrifying backcourt duo in the country last season, and if Martin returns from the draft that’ll be true again. Bobby Hurley is building something special in Tempe, and hosting SMU is a great opportunity for an early-season statement. The Mustangs could return as many as four double-digit scorers from last year’s 19-win team.

Sources: Dayton and SMU will begin a home-and-home series next season at UD Arena. Return game in Dallas in 21-22.

I don’t think anyone was hurt more by the cancellation of March Madness than Dayton. With the best player and team in program history, Anthony Grant’s Flyers were poised for a historic tournament. Even without Obi Toppin, Dayton will still return Rodney Chatman, Ibi Watson, and (Grant hopes) Jalen Crutcher. The aforementioned Mustangs will provide the first indication of how year one without Toppin will go.

Source: Oklahoma and Arkansas will begin a multi-year neutral site series starting next season in Tulsa.

All aboard the Muss Bus! As someone whose team was frustrated immensely by Arkansas last year, I can tell you the future is bright in Fayetteville. The Razorbacks will return gunners Isaiah Joe and Desi Sills, while adding New Mexico grad transfer Vance Jackson in the middle. Oklahoma will be tough once again as Lon Kruger brings back mainstays Austin Reaves and Brady Manek. This will be a phenomenal Big 12/SEC clash.