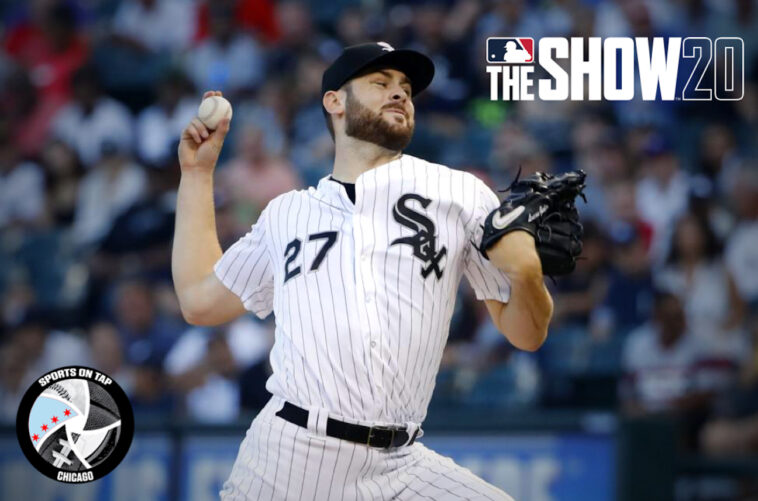 Playoff baseball is back (kind of) on the South Side of Chicago, courtesy of Lucas Giolito and his battling Virtual White Sox!  I’m talking about, of course, the MLB The Show Players League, where Giolito concluded a 19-10 regular season to make the playoff field as the 6 seed.

After taking down Amir Garrett 6-3 in the Players League regular season finale, Giolito moved on to face Bo Bichette of the Toronto Blue Jays in the quarterfinals.  Bichette, who finished 21-8, had the benefit of getting home field advantage in a matchup that figured to be a barnburner.

Giolito vs. Bichette. Gallo vs. Happ.

Who's moving on this afternoon? pic.twitter.com/wQkVuEBCYl

Who was able to move on to the semifinals to play the winner of Ian Happ and Joey Gallo?  Well folks, read below and I got you covered.

Tim Anderson was able to get things going early for Giolito with a leadoff double.  Jose Abreu was able to do Jose Abreu things and drive in TA with sac fly to get the scoring going.  Yasmani Grandal then broke open the flood gates with a two run bomb to left center.  The inning ended with Giolito up 3-0 to silence the Rogers Centre crowd.

Lucas Giolito is off to a 3-0 lead over Bo Bichette after the Top of the 1st thanks to a Grandal moonshot. Can the lead hold?#WhiteSox #MLBTheShow #MLBPlayersLeague pic.twitter.com/j9XE4sgRfM

After that the game skipped to the bottom of the third, because ESPN apparently had to fit these games into a time slot.  Excellent way to market the sport with no live games on!

Anyhow, on to the bottom of the third.  Giolito was still up 3-0 with Dallas Keuchel on the mound, who had thrown 12 pitches through 2.1 innings pitched.  Bo Bichette smacked a home run by himself to get it to 3-2, but that was as close as it got.  Giolito went to the pen with Aaron Bummer and forced a Vlady groundout to end the ballgame.

Aaron Bummer does Aaron Bummer things, forcing a Vlady groundout to end Game 1. Giolito is 1 win away from a semi-final berth as we move to Game 2 in Chicago#WhiteSox #MLBTheShow #MLBPlayersLeague pic.twitter.com/GfrpQM2Uwi

In game 2, Giolito went with himself on the mound.  This decision proved to be a good one, as he got out of a scoreless inning to open the first playoff game at 35th and Shields in 12 years.  In the bottom of the inning, Tim Anderson ripped a leadoff double.  That was all the Sox could muster, though, and the inning ended scoreless.

Nothing much happened in the second, outside of a Giolito base running gaffe in the bottom half of the frame that led to a double play to end the inning.

In the top of the 3rd, things got interesting as Bichette blew up Steve Cishek with an RBI double  from Joe Panik to get the game to 1-0.  Jimmy Cordero was able to stop the bleeding there.

In the bottom of the inning, Giolito at least threatened, getting a runner on second before Grandal grounded out to end it, sending the series back to Toronto for Game. 3.

Giolito falls in Game 2 to Bo Bichette, 1-0. The series moves to Game 3 in Toronto for all the marbles#MLBTheShow #MLBPlayersLeague #WhiteSox pic.twitter.com/wk39Xc6Kyw

Game 3 started off excellently for Giolito, as he broke the game open with a 4 spot in the first.  The largest portion of the damage came off a Nomar Mazara bomb that clanged off the foul pole in right for 3 runs.

Nomar Mazara opens the floodgates in Game 3 as Giolito puts up a crooked number in the 1st. 4-0 after the top half of the frame in Toronto#WhiteSox #MLBTheShow #MLBPlayersLeague pic.twitter.com/7j7x6VCgZo

Carlos Rodon took the mound in the rubber match, pitching a scoreless first.  The game was calm then until the bottom of the second when Bichette got two back on a Danny Jansen home run.  Jimmy Cordero came in and stopped the bleeding at 5-2 to preserve the lead.

Giolito was able to get some insurance in the top of the third, ripping a solo shot with Yoan Moncada.  Moncada put a cherry on top with a virtual bat drop on the no doubt home run.

In the bottom half of the inning, Giolito turned to Aaron Bummer to close the door.  Bichette got close, scoring one run and then loading the bases.  Giolito then turned to former virtual (and actual real life) closer, Alex Colome.  Peripheral Stans be damned, Colome came in and nailed the coffin shut to send the White Sox to the semifinals.

Bases loaded. One out. Series tied 1-1.@LGio27 gets out of it and advances to the semifinals! ? pic.twitter.com/qA6krqD4I9

And there you have it folks, Lucas Giolito has led the White Sox to the Final 4.  Can he go all the way in the Players League?  Stay tuned for all the action.