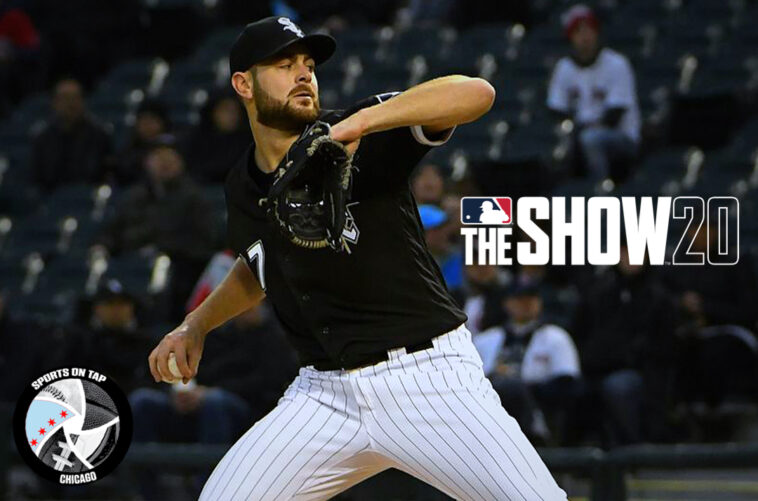 Last night in the closest thing to live baseball there is, Lucas Giolito of the White Sox took on Amir Garrett of the Cincinnati Reds in the final regular season game of the MLB The Show Players League.  For those of you who may not have followed, this league was a round robin format where each MLB team had a representative playing as their team in MLB The Show 20.  Each player played everyone else once for a total of 29 games, with each game lasting three innings.

Going into last night’s game, Giolito was 18-10, facing possible elimination with a loss until Tommy Kahnle lost to Lance McCullers 3-0 in the first game of the ESPN2 doubleheader.

Even with the playoffs locked up, Giolito still had seeding to play for, with Dwight Smith Jr. (Orioles), Ian Happ (Cubs), and Gavin Lux (Dodgers) all finishing the season at 19-10.  And, as we all know, Amir Garrett is a tough competitor who won’t go down without a fight, no matter the odds.

2019 PitchingNinja "Golden Gloves" Award for Most Likely to Fight the Entire Opposing Dugout. ?

Garrett and his Reds were the home team, yet decided to play at Marlins Park, because that makes sense.  Maybe he took the MLB’s Florida plan to heart and was gearing up to play there, but alas we’ll never know.

The venue may not have been ideal, as Giolito jumped out to a big first inning, opening the game with back to back home runs by Tim Anderson and Yoan Moncada.  While these home runs may have been missing the signature bat flip/bat drop combo, here’s to hoping we open several games with the same sequence when baseball returns.

The big first continued for Giolito, with Nomar Mazara hitting a 3 run homer later in the inning to push the game to 5-0.  To note, this was the first time Amir Garrett declared the game to be over.

Dallas Keuchel started the game for Giolito, who did not go with himself to start in a move that shows extreme trust in his new teammate.  Keuchel was able to keep the Reds at bay, pitching a 1-2-3 first inning.  Shortly therafter, Giolito pushed the game to 6-0 with a 113 mph perfect-perfect rocket into the left field seats from Jose Abreu.

Things got a little interesting in the bottom of the second, where Garrett got his first run after a TA7 fielding/throwing error got a runner on and in scoring position.  Luckily, Keuchel was able to stop the bleeding quick, and the game went into the third and final inning with a 6-1 Giolito lead.

For once the mighty White Sox offense was held scoreless, and the game went to the bottom of the third at 6-1.  After a walk and single, Steve Cishek came on to relieve Dallas Keuchel.  After a double steal got the runners to second and third, a run was scored on a wild pitch/dropped third strike.  Cishek then gave up a double as the Reds cut the lead to 6-3 with Eugenio Suarez and Mike Moustakas due up next.

However, Nerves of Steel Giolito went to another level and slammed the door, striking out Suarez with Cishek and Moustakas with Aaron Bummer to end it and send the White Sox faithful into a playoff frenzy.  If you want to see the action for yourself, the full game video is available online here, but I doubt you’ll need that after the riveting retelling I just produced.

With the win, Giolito finished at 19-10 to and got all the way up to the 6 seed, leapfrogging Ian Happ  and Gavin Lux in the final standings. 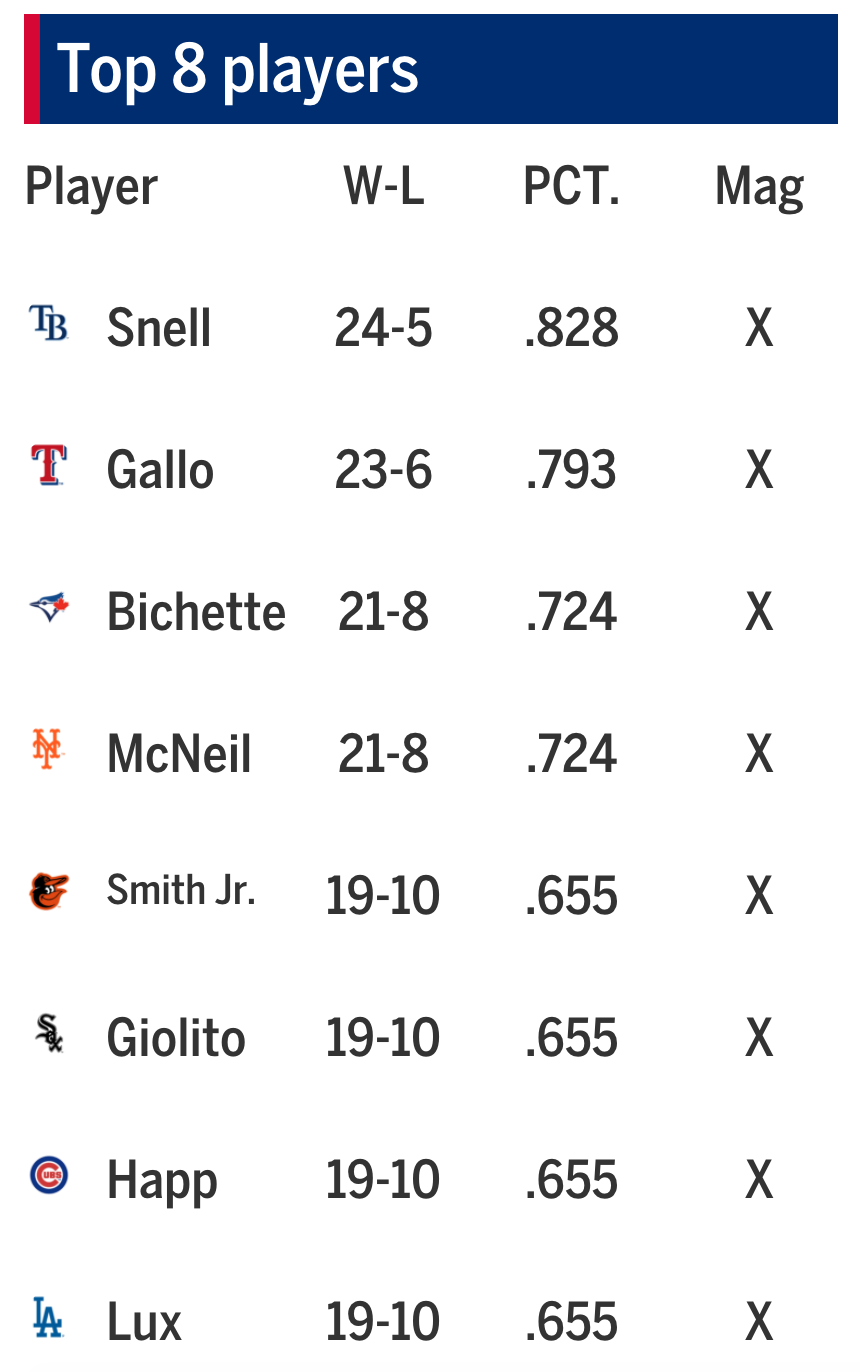 His opponent in the first round will be the Toronto Blue Jays’ Bo Bichette, who went 21-8 to lock up the 3 seed.  The best of 3 series will air on ESPN2 on Saturday, with the right side of the bracket’s quarterfinals starting at 3 PM ET.  The winner of that game will face the winner of Joey Gallo and Ian Happ shortly after in the semifinals on ESPN2, followed by the best of 5 championship on Sunday.

Who is your pick to be king of the sticks? ?? ? pic.twitter.com/RtIX8ynUJy

Can Lucas Giolito carry this momentum into the playoffs and cruise his way to a title in a sure-fire preview of the 2020 White Sox season?  Stay tuned, but for my sake after getting invested in this thing I sure hope so.