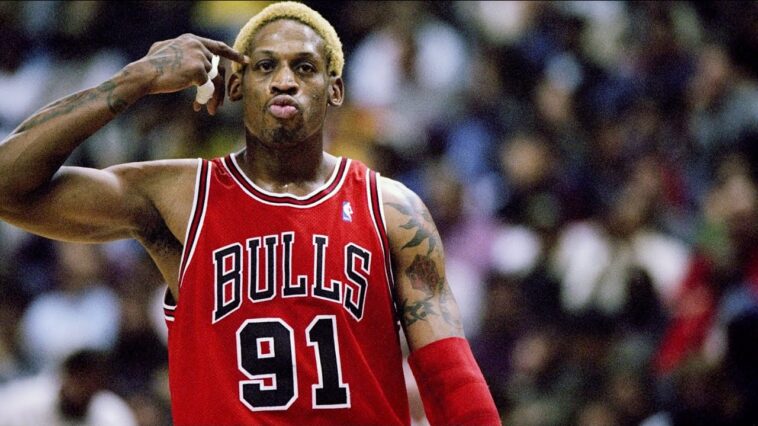 The Last Dance is a 10 hour documentary, and somehow there are still so many stories being told that don’t even seem to scratch the surface. Dennis Rodman, Phil Jackson, Doug Collins, and hell even the Sniff Brothers, actually especially the Sniff Brothers, have more to their stories that I felt myself missing out on.

Dennis Rodman was the “star” of episode 3, but to be honest, I found myself somewhat bored with the background they provided him, and felt they did Dennis a disservice with how they framed his background. Every story, on its face, could sell as the plot to a movie, but when executed they came off flat. Dennis Rodman has one of the most interesting life stories you can find, but the episode repeatedly bent over backwards to relate to how this affected Michael Jordan. There is absolutely not a problem with having MJ as the protagonist, and in fact Michael’s honesty so far has been endearing to see from a player who’s media presence has been moreso as a brand for the entirety of his career, but Dennis Rodman is more interesting on his own. I would’ve loved to have heard more about Dennis’s childhood, his relationship with avid Bulls fan and dead (?) person, Kim Jong-un, or his work ethic that propelled him from a DII school in Oklahoma to become possibly the greatest rebounder and defender we have ever seen.  Telling the story of Dennis being “straight as an arrow” leading up to his eventual mid-season Vegas vacation, through the eyes of Jordan was a disservice because I am 100% sure that Dennis, or even Carmen Electra, could have told it much more effectively.

Dennis Rodman’s perspective of Isiah Thomas would have been a welcome addition to the episode as well, but at the same time, as a Chicagoan I reveled in MJ’s still fuming disgust of anything Isiah or Bad Boys related. Putting an iPad in front of a seemingly buzzed off tequila Michael Jordan was a stroke of pure genius, and a trick I hope the director, Jason Hehir, used frequently. All those years of being a young boy, hearing Bears fans chant “De-troit Sucks, De-troit Sucks” while stumbling out of Soldier Field, it all makes sense now. That hatred of Detroit still absolutely lives in Chicago, and to see our most beloved sports icon roll his eyes and scoff – even before Isiah said anything – 30 years later was a moment of affirmation for every Chicagoan who is old enough to remember those hard fought series. It’s so easy to hate Isiah along with Jordan, too, as you can see right through his charming demeanor and seemingly innocent explanation of the handshaking incident for what it really was, total bullshit.

I’m sure Doug Collins would’ve also called bullshit on his firing in the summer of 1989 for then assistant coach, Phil Jackson. It was at this point that I really began to feel Jerry Krause’s absence in all this, because hearing his thought process behind why he decided to pull the trigger on firing Doug Collins, who had just finished 50-32 and 47-35 over the past two seasons, would have been fascinating. The Last Dance’s first week hammered home Jerry Krause as the foil, but they really glossed over a ballsy move by the executive in ’89, and one that could have caused the up-and-coming Bulls to prematurely crash & burn.

Dont lie. We all stopped hating Jerry Krause for a second when he started dancing. #LastDance pic.twitter.com/9vnEHRuPwy

But Phil Jackson and his zen master aura somehow blended perfectly with the ferocity of Michael Jordan. The Yin of Phil Jackson’s buddhism & yoga to the Yang of Michael’s gambling and Jerry Krause fat jokes, if you will. Sidenote: Phil Jackson’s shoulders are in different ZIP codes, you cannot tell me that this man was or is good at yoga, he’s built like the Pixar Lamp.

Was there a less surprising anecdote in the episode than the Phil Jackson tripping on acid? I needed Entourage Tree Tripping level details from his trips, but all we got was this iconic picture:

Phil’s hiring and new team-oriented philosophy saw Michael having to make his first real sacrifice of the doc; play like he did under Doug Collins and continue to terrorize the league as an individual talent, or accept the triangle and unleash his teammates’ capabilities. Michael’s decision to embrace a lesser role in the offense was one that cemented his single-minded goal of winning, at all costs. That decision would prove to be worth the wait in 1991, as he watched the Pistons walk off the court in defeat, “like straight up bitches.”