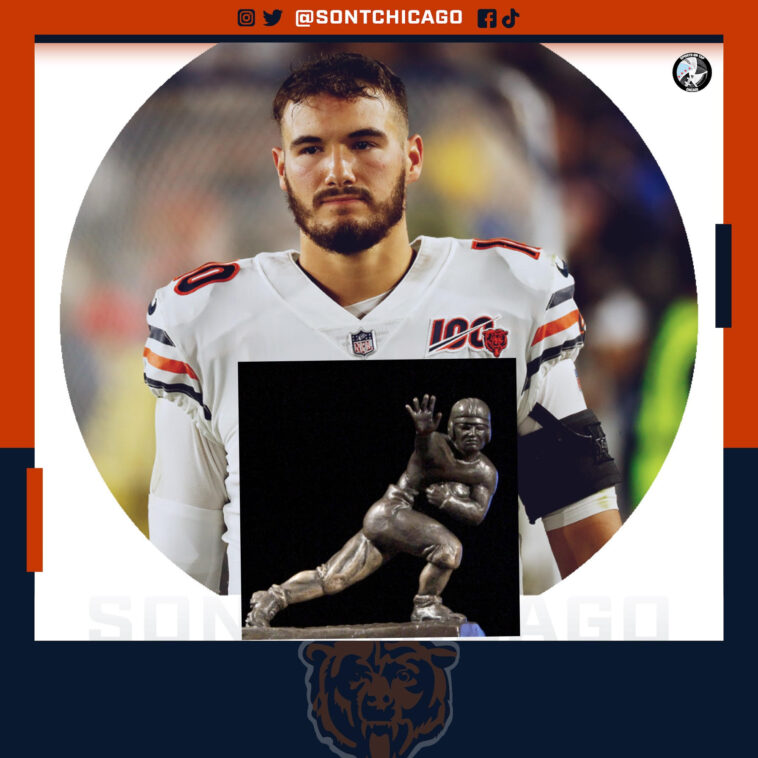 This is the question that haunts every serious Bears fan as they try to fall asleep at night. Tossing and turning, searching for answers. Was Mitchell Trubisky, one of the most polarizing figures in Chicago sports history, denied a shot at winning a Heisman trophy?

It may not have been outright robbery, as Mitch declared for the draft his senior year and deliberately chose to forego his final year of eligibility, but had he stayed, there’s a real chance that he would’ve had time to mature and master college football and shorten the learning curve during his time in the NFL. Beyond that, if he had a Heisman trophy under his belt, it’s possible that the current NFL paradigm would be radically different. Either Mitch would’ve done #1 overall to Cleveland, where he would have very likely faced the same meat grinder that so many draft prospects before him have. On the other hand, the Bears may have continued in the quest to draft Mitch at all costs, and might have given up even more than they did in 2017 to grab him at the #2 spot. Scary to think about, considering that the consequences of Pace’s decision to trade up for Mitch are already starting to weigh on the franchise, namely in the form of drafting solid prospects for the offensive line. But that’s another blog…

Just by looking at the stats of his final season at North Carolina in 2016, it’s plain as day that Mitch was a bonafide throw-first dual threat type of QB that has been all the rage in the NFL for the past few years. Joe Buck will the the first (and most frequent) person to tell you that Aaron Rogers’s greatest talent is his ability to extend plays with his feet. This style of quarterbacking is extremely widespread in the form of Russ Wilson, Patrick Mahomes, and Lamar Jackson, and for good reason. Mitch may not quite be at their caliber (yet) but watching some of his college play, you can definitely see what Ryan Pace was interested in.

Here’s a side-by-side of Mitch’s junior year campaign in 2016 and Marcus Mariota, the Heisman winner in 2014. Had Coach Larry Fedora started Mitch as a true freshman, it is very possible that he could’ve gained the experience in college to rival even Super Mariota.

Mariota had 2 more games on the year, slightly inflating his numbers but should be close enough. Head to head, Mariota has Mitch beat soundly in TDs and total yards. The thing I am most interested in, however, is the completion percentage. They threw the ball almost the exact same amount of times and more or less had the same accuracy over the course of the season. Building on that, it is painfully obvious to Bears fans that Mitch struggles with accuracy. If in his final college season, playing as junior, if Mitch could muster comparable completion percentages as the Heisman champ in 2014, just imagine what he could’ve blossomed into had he played either his freshman and sophomore year or had stuck around for his final 2 years of eligibility. I bet dollars to donuts that had Mitch started for even just his sophomore season, the comfort he would’ve gained when it came to reading defenses or remaining poised in the pocket would’ve served immensely in a junior year Heisman campaign. 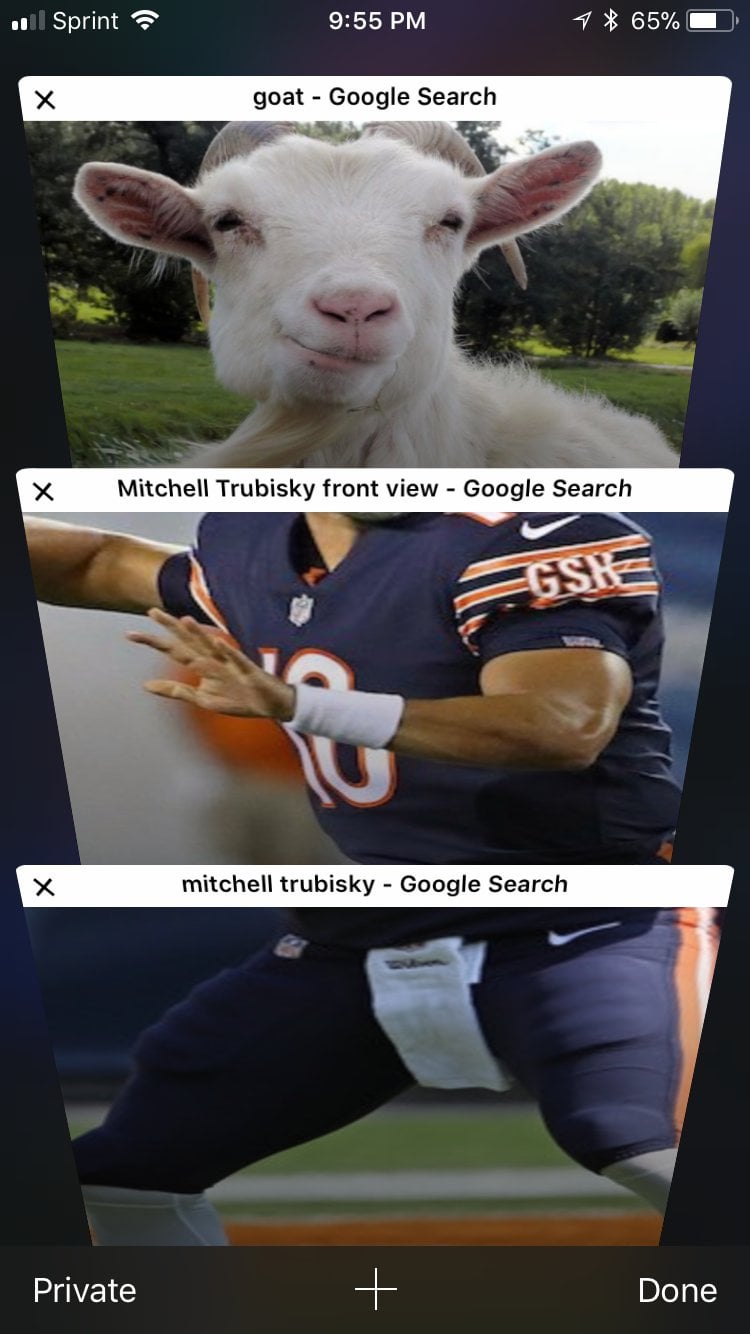 Unfortunately for Bears fans, UNC’s coach Larry Fedora had him benched and Mitch never really got enough starts in college to truly understand and master the game flow of college-speed football and that learning curve extended into his NFL days. Worse yet for Mitch is that this most recent 2019 season unfortunately saw him take several steps backwards in terms of becoming a reliable and effective QB for Chicago. With Nick Foles officially signed to the Bears, it looks like Mitch’s days are numbered and to quote the great Kyle Long, the writing is on the wall for Mitch.