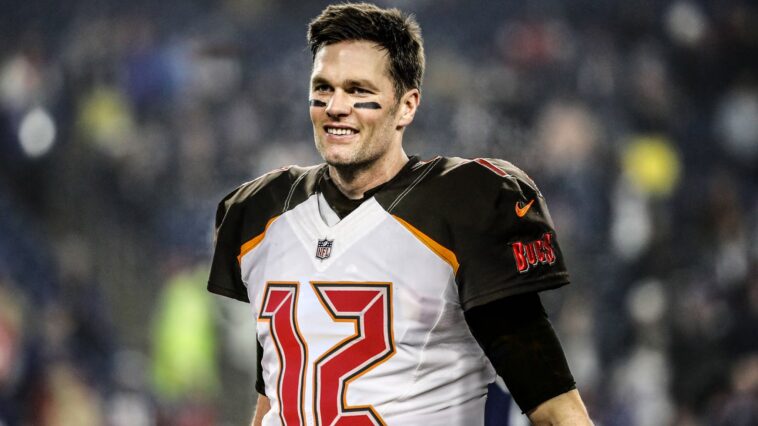 According to TMZ, on April 7, Brady had planned to visit the home of offensive coordinator Byron Leftwich. Brady walked into the home next door without knocking before coming face-to-face with the homeowner and realizing he was in the wrong home.

A source with knowledge of the situation confirmed the incident to ESPN and said that Brady and Leftwich were trying to follow social distancing guidelines, having Brady come to pick up materials from his new coach rather than meeting with him. The source said Leftwich had been expecting him, which might explain why Brady didn’t knock first.

"He didn't even look at me. He just like dropped his duffel bags down on the floor and just kind of like looked up at me and I'll never forget the look on his face," homeowner David Kramer told TMZ.

Imagine just sitting at home and all the sudden Tom Brady walks in. Absolutely insane. Brady isn’t the first QB to walk into a random person’s house. He pulled a Chad Kelly but Chad Kelly was hammered and Tom Brady just had the wrong house.

But seriously, what was the house owner thinking? Ok Brady just walks in and drops his duffel bag right? But why was your house front door unlocked? It takes me to the debate I always wonder about in my free time. Do you keep your front door locked at all times? Or Unlocked? I tend to go locked. We live in a crazy world so why would you keep your front door unlocked? Anyways, the dude totally missed a good opportunity to take a photo with Brady. That’s the least Brady could do.