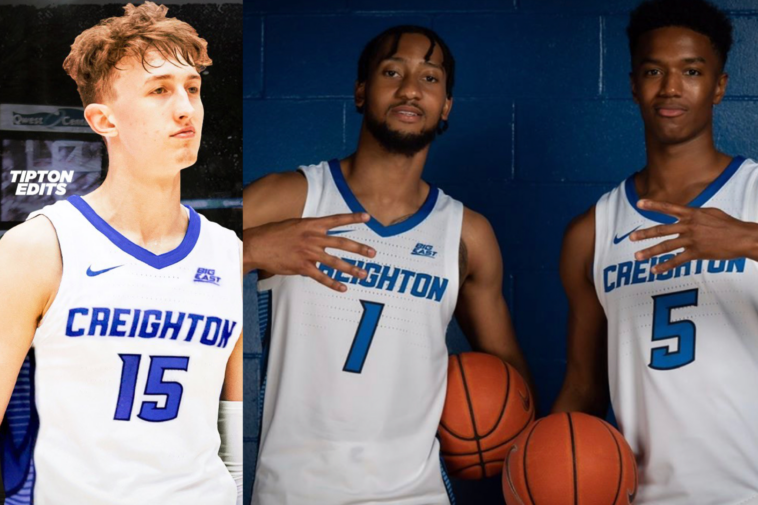 The disappointment of no NCAA tournament has worn off and lots of teams are rightly celebrating great regular seasons. After arguably Creighton’s best in school history, Jays fans were hopeful that next year will be phenomenal & this year’s team would get to run it back with the same core group of guys while adding Memphis transfer Antwann Jones to the mix. Then a few things happened…

Another great shooter joins the Jays’ ranks. He originally planned to redshirt next year, but that may change given some more recent events. Whether or not O’Connell takes a year to sit out and learn Greg McDermott’s system, he’s yet another long-range threat that’ll drive opposing defenses nuts. He shot 48.9% from distance his freshman year in Durham. Omaha is prime Duke-hating country, but as long as AOC hits shots the Creighton faithful will forgive him for his past sins as a Blue Devil.

Just two days after landing a Duke transfer, a Creighton player transfers to Kentucky. Imagine saying that sentence in 2016, or even last year! These aren’t your older brother’s Bluejays, that’s for sure. Such a chain of events has the people are asking, is Creighton becoming a blue blood?

It’s crazy to think that Mintz had started 79 games (appearing in 97) for the Jays over three solid seasons and chose to transfer because he wouldn’t have a spot in the starting lineup next season. Coach Cal is getting a selfless player and great defender. After a year of leading the scout team against Marcus Zegarowski, Davion should in theory have gotten much better than the already solid player he was pre-injury. His nagging foot injury is a question, but sitting out a full year should’ve given him ample opportunity to recover.

Sandwiched in between Alex O’Connell’s arrival and Davion Mintz’s departure, frosh Jalen Windham announced that he would transfer to Ball State. The Indianapolis native, who averaged 2.6 PPG in 16 games as a reserve last season, now gets to play closer to home. It’s another situation of there just not being enough minutes to go around to accommodate a solid player. After sitting out a year he should do quite well in the MAC. People forget that he had the highest 3-point percentage in tracked practices last summer. You can’t fault the guy for going closer to home and he likely wants to play immediately once he’s eligible. He just wouldn’t get that opportunity at Creighton the next couple of seasons.

Ty-Shon Alexander Declares for, and Stays in, the NBA Draft

Creighton guard Ty-Shon Alexander (16.9 ppg) expected to declare for the NBA Draft & barring a change of heart, his intention is to remain in the draft and bypass his senior season, NBA source told @Stadium. Hit to a Bluejays team that's currently in everyone’s Preseason Top 4.

Shortly after the Mintz news dropped, Jeff Goodman pressed send on a tweet that made Creighton fans’ collective heart sink. It came completely out of the blue, but many speculated that he was declaring for the draft to get feedback, just as Davtion Mintz did last off-season. Then Ty-Shon’s dad chimed in… 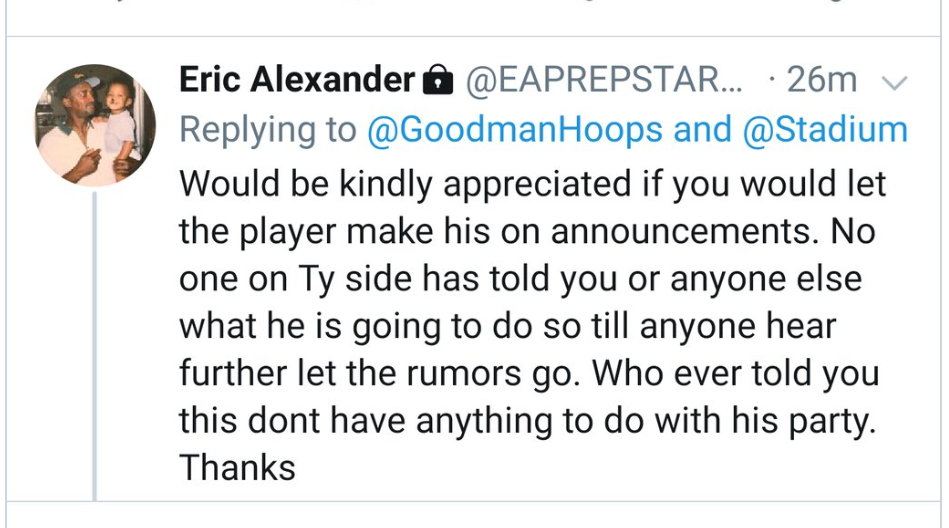 …which gave the Jays faithful a much needed sigh of relief. This team would still be in every preseason Top 5 under the sun and had a chance to repeat as Big East regular season (co) champions. That night, we got even more reassurance that TA5 might be just testing the waters.

As it turns out, that reassurance was misplaced & gave Jays fans a false sense of security, because Ty-Shon announced two days ago that he signed with a non-NCAA-certified agent and would be staying in the NBA Draft.

#Jays guard Ty-Shon Alexander announces on Instagram that he is forgoing his senior season and keeping his name in the 2020 NBA Draft.

Alexander was one of the best perimeter defenders in the country and led Creighton in scoring at 16.9 points per game as a junior. pic.twitter.com/pkeAeR6IaA

Ty-Shon’s decision to forego his senior season impacts Creighton’s outlook for the next year in a significant way. If he was able to have put together a Dante DiVencenzo-type run in the tourney I would be better able to come to grips with him leaving, but obviously he didn’t even get the chance to do that. Alexander’s departure may result in Alex O’Connell ultimately reneging on his decision to sit out a year, force Antwann Jones into a role he’d be better off easing into, and will now keep Creighton from running back arguably the greatest regular season in school history with largely the same roster. The only silver lining I can think of as a result of Ty-Shon’s departure is more playing time for Denzel Mahoney.

Mad dads of twitter seem to have forgotten that declaring doesn’t have the consequences it used to. I can pretty confidently assume that the guy with the best shoulders in the Big East will be back in a Creighton Uniform next year, rec specs and all. Since he has shown up on all of zero draft boards, this is a purely feedback-driven decision. The conference’s sixth man of the year won’t get a chance to win that award again as he’ll play a much more prominent role next season with Ty-Shon staying in the draft.

As B-Frank outlined yesterday, the field for next season’s Big East-Big 12 Battle is set. In December, Creighton will travel to Phog Allen Fieldhouse in Lawrence to take on the Kansas Jayhawks. It’s notoriously difficult for visiting teams to notch a win on KU’s home-court, but aside from the proximity between the two schools the matchup has an interesting wrinkle.

Mitch Ballock grew up in Eudora, Kansas, a 15-minute drive from Lawrence. One of the nation’s premier three-point shooters notably chose Creighton over KU in a recruiting battle that signaled an inflection point in Creighton’s rise to national prominence. I hope he goes for 40.

I’ve got plenty of family who either grew up in Kansas or went to KU. My few experiences at Allen Fieldhouse have been remarkable, but seeing the Jays knock off the Jayhawks in-person would be something I’d never forget. God willing, if fans are allowed at sporting events by then, I will be there. That is a guarantee.

It has been a whirlwind of a past couple weeks for Creighton basketball and the world as a whole. Stay safe, and #RollJays!