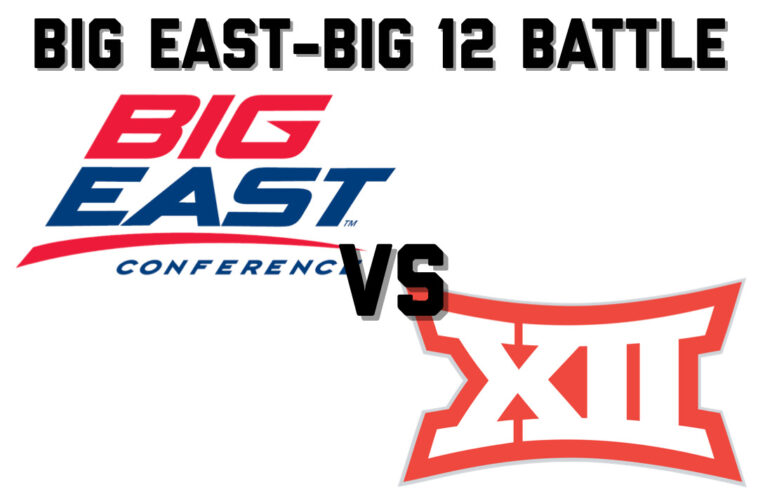 Per Jon Rothstein, the matchups for the 2020 Big East-Big 12 Battle are set and while it isn’t the juiciest slate, there are still some great games. Last year, the Big East dominated winning 8-2, I fully expect this season’s final score to be much closer.

The top of the Big East is expected to be Creighton and Villanova and the Jays are certainly getting that treatment with the trip to Allen Fieldhouse. Ty-Shon Alexander deciding to stay in the NBA Draft is a killer for Creighton because that should open up Marcus Garrett to guard Mitch Ballock. His return would have vaulted Creighton into a Top 5 preseason ranking. Either way, this game is the gem of the slate.

Most of the folks on Twitter dot com have noticed that newest (old) member of the Big East, UConn, is not included. The Big East now stands at 11 teams and the Big 12 has 10, because that makes sense. So UConn being excluded hasn’t been explained but as the newest team to join it would make sense that they wouldn’t get preference over others.

A few other notable games to point out from this group are Villanova at Texas, Baylor at Seton Hall, and St. John’s at Texas Tech. I don’t know that I’ve ever seen a bigger mismatch in one of these battles/challenges/conference vs conference events than this game. Texas will always have talent, but Villanova is in a completely different class. The Wildcats are poised to be a Big East favorite and one of the favorites to win the National Title. Texas, simply put, is not.

Two teams that had program record setting great seasons will meet in Newark when Baylor heads to Seton Hall. The Pirates lose a bunch from last year’s team but the addition of Harvard transfer Bryce Aiken makes this a much more intriguing game. There is still some solid talent returning to South Orange and if Willard and co can make a splash in recruiting, this team could surprise some people. Baylor is a bit influx. Jared Butler and MaCio Teague have declared for the Draft but are keeping their options to return open. Should they come back, the Bears are easily a Top 20 team. Mark Vital is already back, same with Davion Mitchell, Tristan Clark, and Matthew Mayer.

Lastly, St. John’s heads to Lubbock to play Texas Tech. I am going to get ahead of this very early, but I am high on the Johnnies. That said, Chris Beard should have plenty of returning talent with Terrence Shannon, Kyler Edwards, and possibly Davide Moretti and Jahmi’us Ramsey. Should the one time waiver for transfer go into action this year, the Red Raiders would also add Jamarius Burton from Wichita State plus one of the best recruiting classes in the Big 12. All this is to say, Tech will be fine. The Johnnies appear to have some solid talent coming back as well. Rasheem Dunn, Julian Champagnie, Greg Williams, Marcellus Earlington, and possibly LJ Figueroa. Mike Anderson’s team struggled at times, but also won some big games and showed a lot of scrap and grit throughout the season. This one will be closer than people expect.