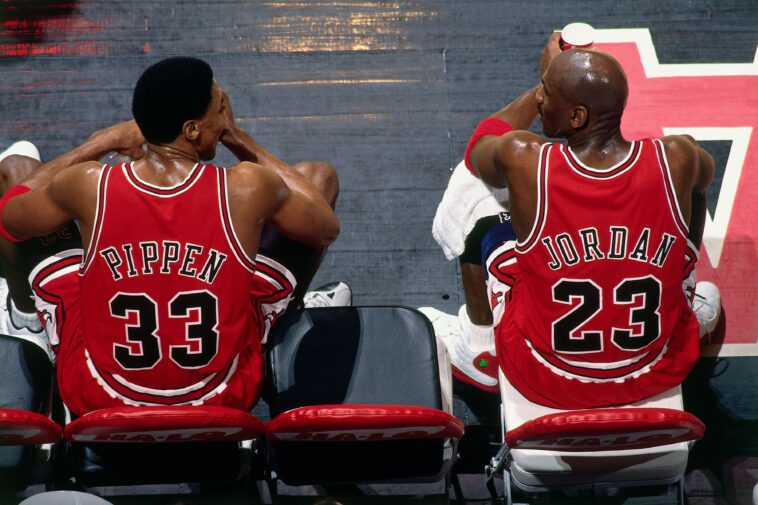 After finishing the first slate of episodes of The Last Dance, I sat in front of my TV with two thoughts; one, I did not realize how much I missed live tweeting sports, and two, I am starting to understand how No Tippin’ Pippen came to be.

Opening up episode one by diving into the relationship between MJ, Scottie & the front office set the stage for a season of unbridled animosity between the two parties. I hate to speak ill of the dead, but every Krause compliment was sandwiched between a criticism of his own ego and insecurity. To be fair, to have your two most important employees repeatedly rip short jokes at your expense must’ve been brutal.

Michael Jordan “Hey Jerry [Krause], want to do some layups with us?”

Michael Jordan: “They’ll have to lower the rim.”

When Jerry Reinsdorf spoke about having to fly to Montana to sign Phil Jackson to a one year contract, I was floored that Jerry Krause didn’t lose his job on the spot. Keep in mind, as someone who was 4 years old at the time, I am watching this documentary with a much different perspective than many Bulls fan who saw this play out in real time, but the amount of hubris it must’ve taken to not re-sign the only coach Michael Jordan would play for over a personal spat is truly astounding. And Reinsdorf’s loyalty has haunted him ever since, highlighted by John Paxson’s comments regarding front office mismanagement later in the episode, the self awareness of this guy!

Front office feuds aside, I always thought I understood how cool Michael Jordan was; I was in fact, mistaken. Everything this man did dripped cool, never in my life did I think someone could rock a kangol hat and hoop earring and still have enough swag to cuss out your boss on your way into work, and then get introduced to the greatest intro song in the history of mankind. To this day, that song gives me chills. As a younger fan, “From Chicago…”  was the most excited I ever got for a Bulls intro, but this was another level. And the fact that the fantastic PA announcer, Tommy Edwards, is still doing intros for the Bulls added the cherry on top. Michael is so cool, he lied through his teeth about shielding his eyes from the “Traveling Cocaine Circus” his rookie year, and I believed him! I pray that we get one shot of Michael standing up, because I know for a fact that the jeans he has on could make a thousand cloth masks. It has been a joy to watch Jordan transition from fashion icon to phone clip dad in a matter of decades. 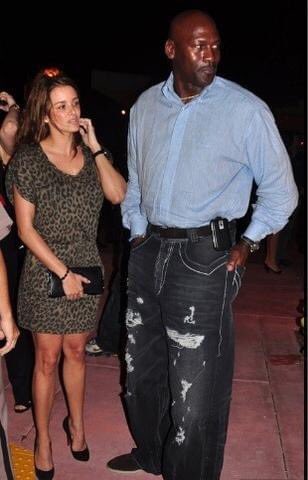 Speaking of cool, the sheer volume of cameos we have already gotten only two episodes in is outrageous; Barack Obama (“Former Chicago Resident”), Bill Clinton (“Former Arkansas Governor”), Roy Williams, Larry Bird, Magic Johnson, just to name a few. Common’s anecdote about faking MJ’s autograph was a throwaway! It really drives home the fact that the Bulls were so much larger than sports, and became a global cultural phenomenon.

Scottie Pippen’s background in episode two was an eye-opener, personally, because I had grown up knowing Scottie as “No Tippin’ Pippen”, with really no context behind the name. But Scottie growing up dirt poor in a household with 2 family members in wheelchairs immediately made him a sympathetic figure, and laid the groundwork for understanding why he would sign a contract that so grossly undervalued his talents. That being said, I did not understand all the anger directed towards Krause for the contract, when Scottie’s agent should have been arrested for malpractice for allowing him to agree to that deal.

Seeing Scottie pull a “I got hurt on company time, so I’ll rehab on company time.” came as a surprise as well. Never in my 26 years of life has any member of my family told me of this drama that unfolded during this season, there has been some real revision history going on in Chicago circles. And he demanded a TRADE? Outrageous, twitter would have never let this slide. Also, at this point in episode two, I actually started to feel a little bit bad for Jerry Krause. Two of the greatest athletes on the planet making it their goal to eviscerate you, still technically their boss, must have been the most belittling experience of that man’s life. That was not a short joke.

The two hours felt like 15 minutes, even with the flood of very well executed commercials to break up the time, and I know I could have burned through all 10 hours tonight if given the chance, but breaking this up into 5 weeks was the right choice. Making the documentary appointment viewing rather than a bingeable docuseries has given us the chance to see live reactions from so many fans experiencing the force that was the 90’s Bulls for the first time, and that is almost as fun as the series itself.

Until next week, I’ll leave everyone with this:

‘Depends how f***ing bad the headache is!’

MJ just wanted to win at all costs. ?