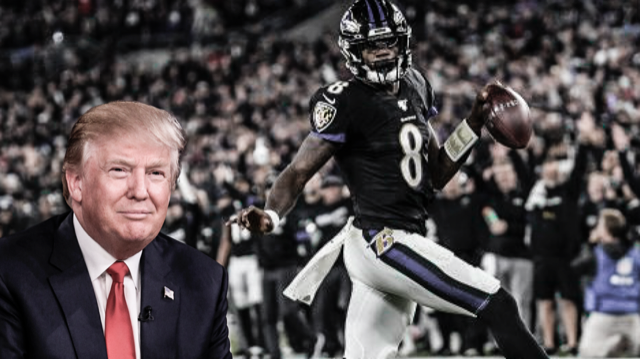 Then Lamar answered back which left Twitter freaking out:

Ravens fans who don't like Trump when they see this pic.twitter.com/4HvWljd2kp

Look I had to chime in on the comments:

For everyone saying Delete you’re right. Anytime someone has an opinion other then you they should delete it. What country we living in bro? Grow up

Look I had to chime in on the comments because I think it’s gotten pretty unfair that anytime someone even shows some sort of respect for the PRESIDENT OF THE UNITED STATES they get thrown to the fire. Not cool twitter world, not cool.