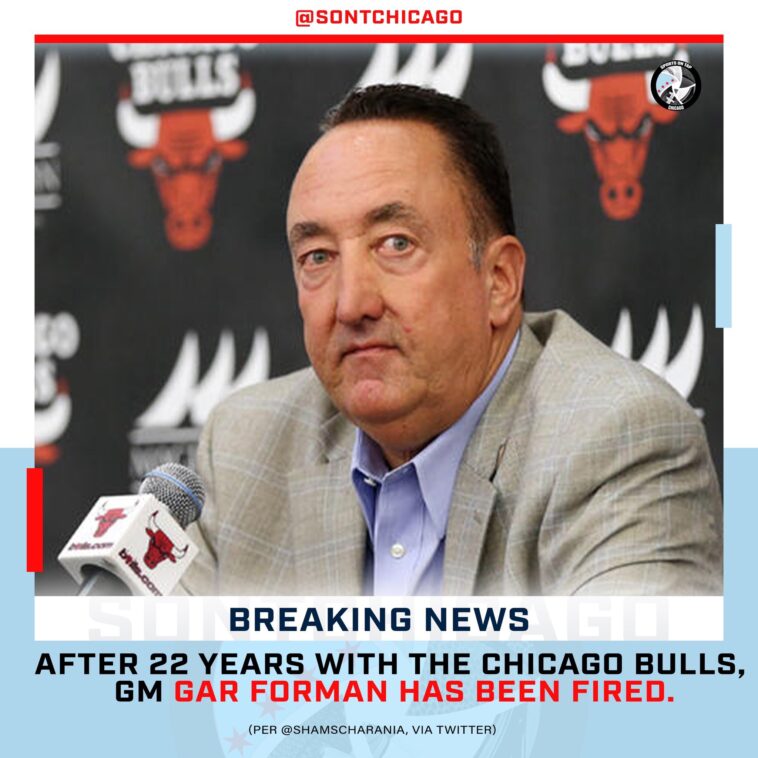 Many Bulls fans longed for it. Few thought it would happen soon. GarPax is finally out of power. While we never wish specifically for anyone to lose his or her job, any fan who followed the team over the last five seasons would acknowledge the need for a change in the direction of the franchise. And this morning, we finally got it.

The Bulls first gave their official announcement that former Nuggets executive Arturas Karnisovas will be taking over as Executive Vice President of Basketball Operations, a move that had been reported last week by several outlets.

News then broke soon after that longtime GM Gar Forman had been relieved of his position with the organization. Forman’s role with the Bulls was assumed to be in jeopardy when it became clear that the franchise was moving forward with Karnisovas at the helm, but there was some speculation Forman would be reassigned to a role with the scouting department, where he first began with the team.

After 22 years in the Chicago Bulls organization, GM Gar Forman has been fired.

It was then reported that John Paxson, the man replaced by Karnisovas as the lead executive, would not be fired but would instead be reassigned to serve as a senior advisor of basketball operations. While it is still unclear how Paxson will contribute under Karnisovas’ leadership, it was noted that Paxson will not be interacting with the team on a daily basis.

As previously reported, John Paxson is moving into a senior advisory role. Paxson will not be around the team daily.

Many Bulls fans would have preferred a full sweep of the front office to allow Karnisovas to start with a clean slate. Owner Jerry Reinsdorf has long been noted for his loyalty to certain executives and hesitancy to enact sweeping changes in the front offices of either of the Chicago franchises he oversees. (Some fans have noted the similarities between this move and the transition of longtime White Sox GM Kenny Williams after the promotion of Rick Hahn). However, it is clear that Karnisovas, a respected and much-sought-after executive in his own right, will be given complete control over the front office. For a franchise and a fanbase desperate to regain relevancy in the NBA landscape, that’s a pretty good start.