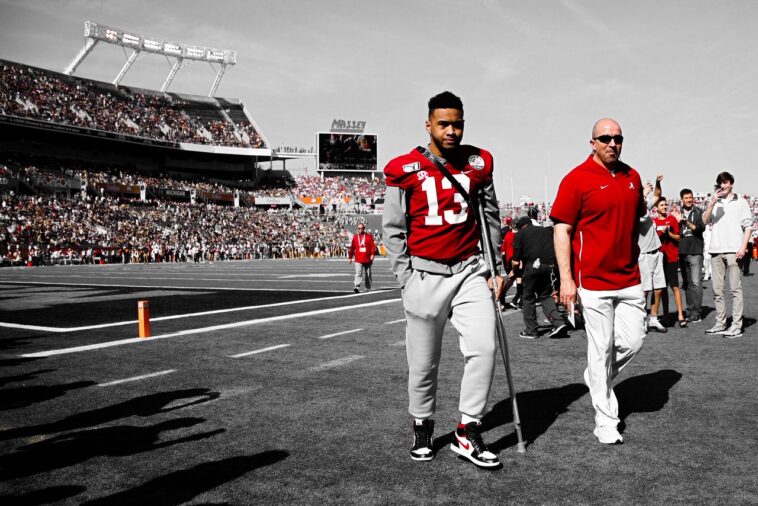 ?story in link in the bio. Will Tua fall in the draft? ?

So Tua Tagovailoa is known as somewhat brittle. And heading into the draft he’s recovering from a horrid hip injury. Well now there are rumors swirling from Michael Lombardi that he’s not passing his physicals:

Tua flunking multiple physicals would be a huge shakeup in the draft and could send waves through the draft. How much could this actually mean to the draft? Well according to Lombardi TWO teams flunked him from the physical:

“What they saw, is they saw that it’s more than one [injury]. It’s not just his hip. It’s his ankle, it’s his wrist. He broke his wrist the first day of spring ball one year. Then they fixed it, he came back and he broke it again. I mean he’s brittle. He is brittle. You can’t deny it. …

“I’m not disputing the evaluation. They flunked him on not just the hip, on the multitude of injuries. Like the risk far outweighs the reward.

I mean just wow. Tua has received comparisons to a slightly smaller Drew Brees. And If you watch football you know how dynamic Tua is. Is this all true? Who knows. I think it could be a team wanting Tua to fall in the draft spreading information to swoop up and get him later. All that being said, I can’t wait for the draft.