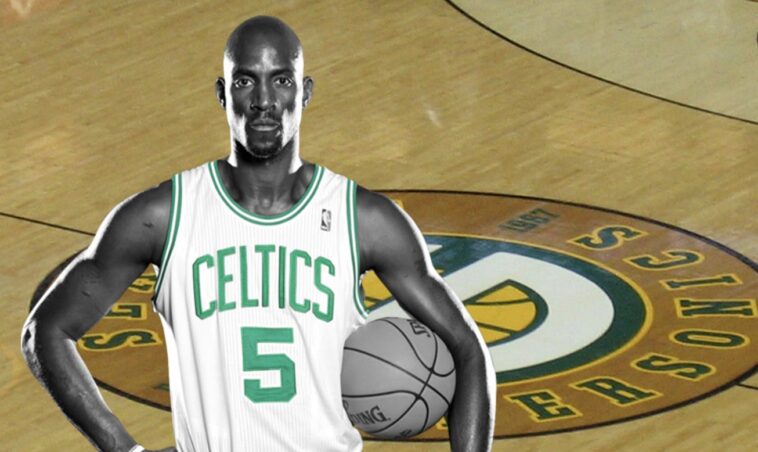 I can’t blame anyone for wanting the SuperSonics back in Seattle. The Sonics were a key team in the NBA, even winning a NBA Championship in the past. The Seattle area is also a key market becoming as big as cities like San Francisco, Los Angeles, New York, Boston, and other major cities. Seattle is getting an NHL team to add to MLB, NFL, MLS, and WNBA teams in the area! It’s a shame the Sonics aren’t around.

Kevin Garnett always found Seattle to be a difficult place for opponents. He played in 27 games there during his NBA career, leaving the court as a winner only eight times.

Per Kiro7 – In a wide-ranging interview this week with The Associated Press, Garnett covered plenty of topics, including the announcement over the weekend that he officially is a member of the Class of 2020 for the Naismith Memorial Basketball Hall of Fame, his relationship with fellow inductee Kobe Bryant, the coronavirus pandemic, and his plans for the next five and 10 years.

But there was also a surprise: Garnett revealed a deep affinity for Seattle, to the point where he said he’d like to see the NBA return to that city — and said he would bring a team there if he could.

“If I have a dream, I would say that I would love to give be able to go and buy the Seattle SuperSonics and reactivate the Pacific Northwest,” Garnett said. “Seattle was huge to our league. I would love to be able to do that. That’s what’s up. If there’s one thing I could do tomorrow, it would be that.”

Garnett was inducted into the Naismith Basketball Hall of Fame this week with the likes of Kobe Bryant and Tim Duncan, but now he is starting to see the even bigger picture like bringing hoops back to the Pacific Northwest (sorry Blazers, Go Sonics!!)