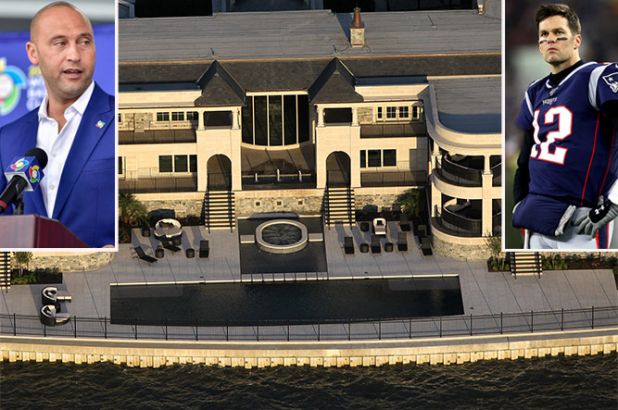 Source – Tom Brady had plenty of options when deciding where to live after signing with the Bucs.

Brady has arrived in Tampa Bay and is in the process of moving his family into the sprawling, 30,000-square foot mansion on Davis Islands built by Yankees Hall of Fame shortstop Derek Jeter, the Tampa Bay Times has confirmed. The home, which they are renting, features seven bedrooms, nine bathrooms, an entertainment room and billiards room that wraps around a pool with two boat lifts providing access to Tampa Bay.

Well if you thought Brady and Gisele and the kids were going to be moving into an apartment across the street from a Waffle House and next door to a gentlemen’s club. You got that one a bit wrong. A while ago there was rumors that Brady had dinner with Jeter, Bill Gates and the Tampa Lightning owner all had dinner together in Tampa. This look true now.

This is Derek Jeter’s Davis Islands home today. No sign of Tom Brady (I was there for two hours), but lots of activity. The security gate was being fixed, packages were being delivered, a moving van was there three days ago and an unmarked police car has been canvassing the area pic.twitter.com/GbkSz1o0Pu