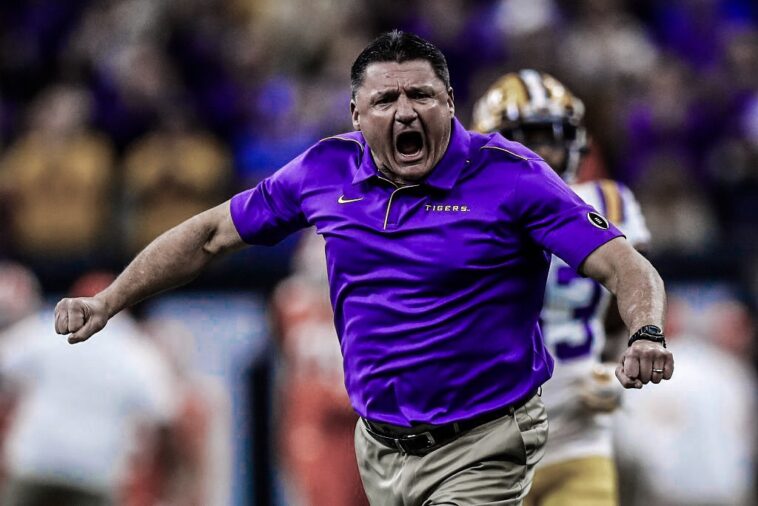 Next season on the bachelor. A college football coach who just won a national championship will have to chose between 50 lovely women who are here for love.

SOURCE–Ed Orgeron is calling things off with his wife, Kelly … the LSU head coach filed for divorce a little more than a month after he led the Tigers to a National Championship.

The 58-year-old filed the court docs in Louisiana back on Feb. 26, according to The Advocate … and in them, he says he and Kelly officially split on Feb. 24.

In theory let’s say that the bachelor actually did this and let coach O become the next bachelor. Would this be the greatest reality show in history of television. Just think about the highlights, him talking sexy in his deep raspy voice. Working out at the gym bench pressing 350+ pounds. Or wooing the women with a great date watching film and recruiting in the bayou. Sign me up.