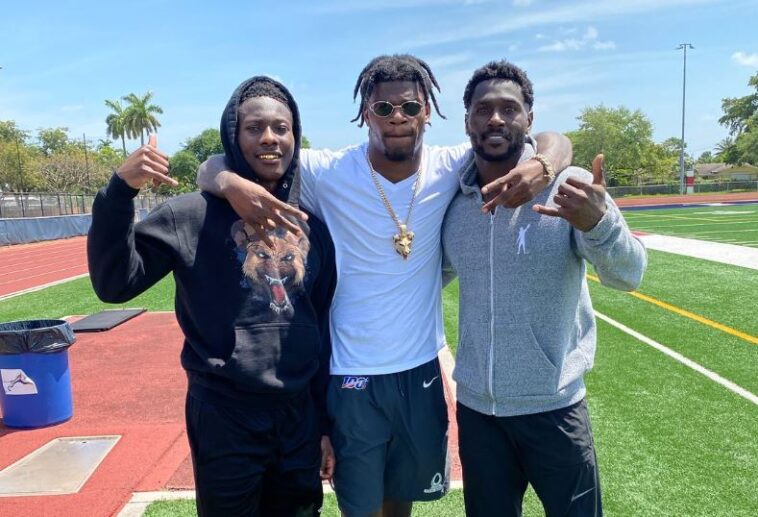 Anotonio Brown man. With all that is going on in this world today you forget that Antonio Brown was the world’s craziest story in 2019. That feels like years ago. What else feels like years ago? Football season. A few months ago we were watching Lamar Jackson tear up the NFL and today we see him in Florida and who is running routes and catching Lamar’s passes? No one other than Antonio Brown who happens to be cousins with Ravens WR Hollywood Brown. If you are a Ravens fan this is exciting stuff. Does this mean AB will be Raven? No. But does this open some sort of door? Yes. So let the rumors begin.

Here’s what Lamar Jackson throwing a pass to Antonio Brown during an offseason workout looks like. pic.twitter.com/v6DYhhBn5w