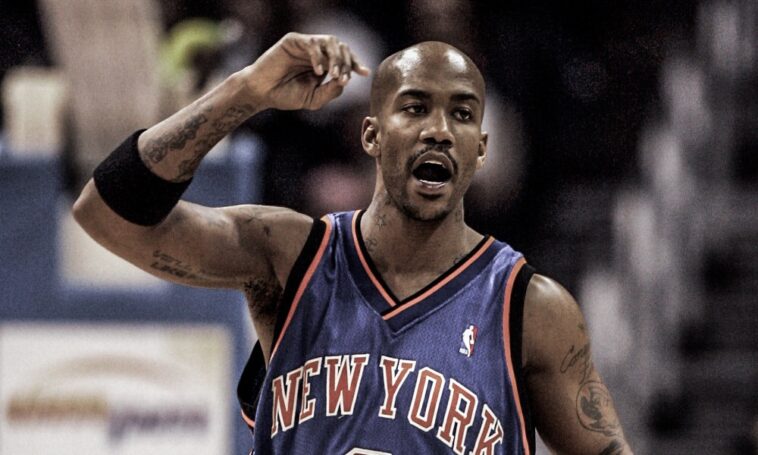 NY Post- Former Knicks star Stephon Marbury wants to deliver the Big Apple something it needs even more than an NBA title — 10 million N95 masks for hospital workers and other first responders handling the coronavirus pandemic. Marbury, who played in the NBA 14 years before moving overseas to become a legend in the Chinese Basketball Association, told The Post he’s made arrangements with a mask supplier in China willing to sell New York 10 million masks “at cost” for $2.75 each – well below the roughly $7.50 that N95 retailers have been quoting the state.

The Coney Island native said he got the idea last week after learning of the state’s lack of protective gear and the astronomical price its been paying for masks. So the now-retired, former point guard decided to reach out to Brooklyn Borough President Eric Adams, a presumptive 2021 mayoral candidate who has backed Marbury’s local charities in the past, to let him know he’s ready to dish his biggest assist yet.

“At the end of the day, I am from Brooklyn,” Marbury said during a call from his Beijing home. “This is something that is close and dear to my heart as far as being able to help New York.” With China now beginning to recover from the pandemic, Marbury’s mask contact has more N95s than that country currently needs, according to Brooklyn Borough Hall. The gear would be delivered 2 million at a time over five weeks.

Despite the good intentions, Adams’ efforts to connect with Gov. Andrew Cuomo and Mayor Bill de Blasio’s staff to present Marbury’s offer have gone anything but smoothly. “We’ve been communicating back and forth with the city and state, and for some reason they are saying they don’t need any more masks, but the hospitals are saying they do,” Adams said Thursday. However, when contacted hours later by The Post, state Department of Health spokeswoman Jill Montag said she “had no idea who the borough president spoke to” and that the state officials “in charge” of buying masks  “want to talk to Stephon!”

Great job by Coney Island's Stephon Marbury. The ex-Knick said in an interview with the NY Post that he has arranged to help deliver 10 million N95 masks to hospital workers/first responders in NY: https://t.co/UAMGUGt7W5

What a wild ride it has been overall for Stephon Marbury. The former NBA star went to China after his NBA career where he became one the biggest sports legends in Chinese history. The guy even has a museum built and dedicated to him for how good he was:

And now he’s trying to help get 10,000 masks to his hometown of NYC during the biggest medical crisis in the history of this country in the last 100 years? That’s just legendary status.