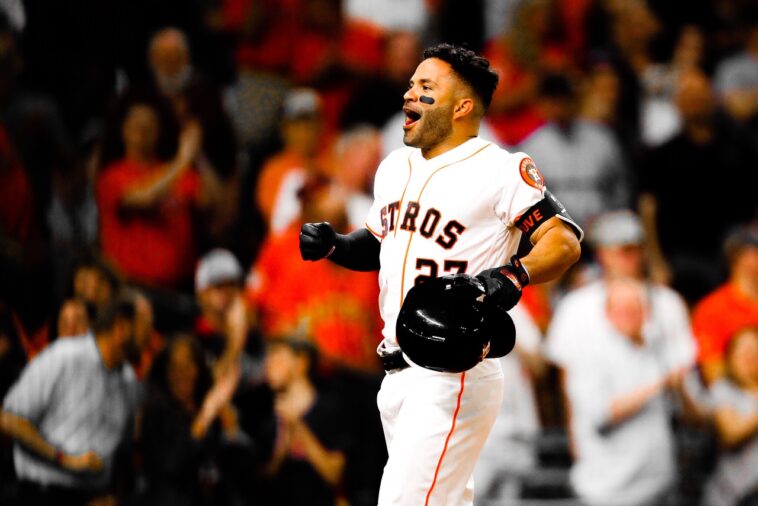 I mean it’s pretty funny to think that Houston Astros fans are actually trying to sue the team after the Astros cheated their way to win a World Series. These are the same fans if you tell them that the World Series doesn’t count that would probably yell at you and call you names. The Astros man they suck. But anyways they told the courts that they apologized so it’s all good:

The Houston Astros sincerely apologized for the sign-stealing scandal, the team argued in court papers filed late last week, while contending season ticketholders suing the club over the issue have no case.

The team’s legal responses, each identical and filed Friday in three separate cases in Texas state court, are the first reply from the team to the litigation.

“The ‘sign-stealing’ controversy has been a source of great disappointment to Astros fans as well as to the Astros organization,” the team’s lawyers wrote. “On several occasions, members of the Astros organization – including individual players and its Owner, Jim Crane – have expressed their sincere apologies and remorse for the events described in the report by the Commissioner of Major League Baseball.”

Let’s review their so called “apologies”:

"Our opinion is that this didn't impact the game." – Jim Crane

Alex Bregman looks like such a coward here. One of the biggest hardos in the game now like a turtle shell poop going back up your butt pic.twitter.com/QIQ9rO0Sb5

"Believe me, at the end of the year everything will be fine. We’re gonna be in the World Series again."

Apology grade: F and if there was something lower like a Z we’d give him a Z

So you get it. The Astros are horrible at apologizing . I think if the Astros want to argue anything in the courts they should argue that they don’t owe their ticket holders money because they won a frickin’ WORLD SERIES TROPHY AND THE FANS CELEBRATED! And the fans are arguing that it should count. So SHUT UP! THIS IS A MONEY GRAB! So that’s what I would argue if I am the Astros. I can’t wait until baseball is back so we can go back to talking about how much baseball’s will be thrown at the Astro’s players.