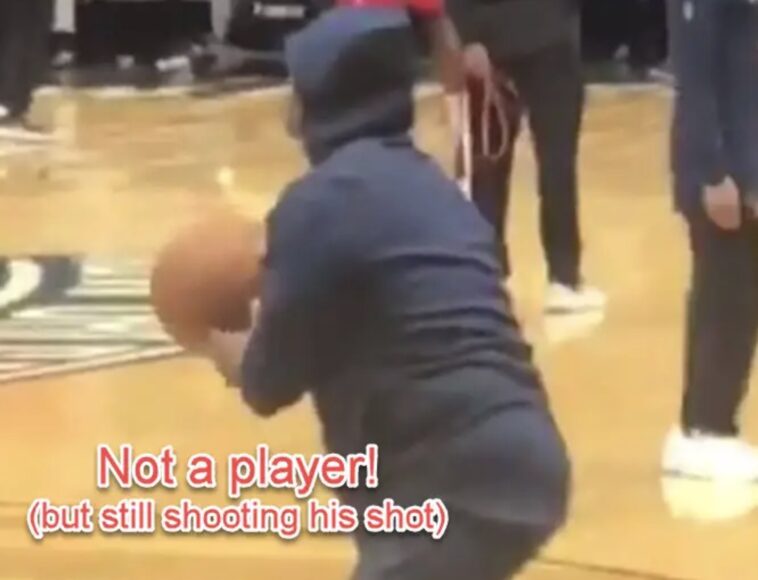 This was a while back but it happens to be one of our favorite videos of all-time. During a time where this are no sports on, there is nothing better than looking back at some hilarious moments.

The video shows a fan in a Pelicans warmup jacket walking onto the court and stretching as the Pelicans players are warming up. The fan eventually called for a ball and then took a shot after somebody obliged.

A security guard did eventually pull the fan off the court. While the video does not show what happened to the fan, he did sit down in a front-row seat and it appeared that he was just getting a stern lecture from the guard.

Never forget this Pelicans fan pretending to be a player during warmups is the best ?

Never forget this Pelicans fan pretending to be a player during warmups is the best ?

(Who passed him the ball??)