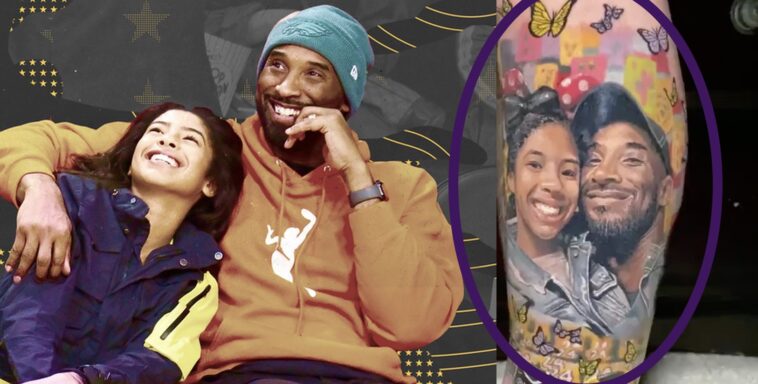 Sharia Washington, the older sister of the late Los Angeles Lakers icon Kobe Bryant and aunt to Gianna Bryant, got a new tattoo in honor of her brother and niece. Kobe’s widow, Vanessa Bryant, posted an image of her sister-in-law’s ink on her Instagram.

The tattoo on Washington’s left shoulder depicts a mamba snake around the numbers 2 and 24. Sharia also posted the image on her Instagram page with the caption: “Thank you ???.” She is not the only one though, there have been hundreds of athletes, fans, and family members to get tattoo’s after the tragic death. This newest one is something special:

This Kobe and Gigi tattoo is AMAZING ? @SONTHoops